Downtown Charleston is facing many changes in the next 50 years as the Lowcountry adjusts to rising sea levels of about 2.5 feet. The main area of alteration will be concentrated in the Low Battery, located at the tip of the peninsula. The city is currently putting together one of the largest infrastructure projects in its history to prevent the famous Battery Park from being submerged under water. 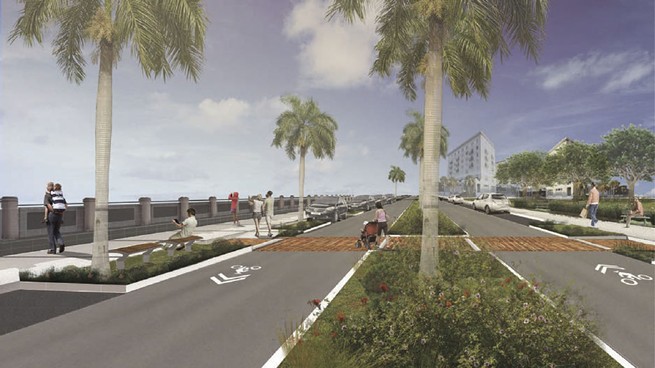 Jacob Lindsey, a member of the city’s Planning Department, stated that they are not delaying the process, “We want to get the ball rolling so we can predict when this whole thing will be completed.”

The Charleston Civic Design Division has proposed four different plans for reshaping the Low Battery. The first blueprint envisions completely filling in the railing that stretches across the waterfront. The problem with this proposal is that much of the view of the ocean will be obscured by the newly built wall.

The second option has been the most popular. Under this plan, the entire walkway along the Low Battery would be raised 2.5 feet. The benefit of this plan is that it would allow a wall facing the water to be raised in the event of a more severe sea-level rise. “Half Park, Half Roadway” is the name of the third option. This plan would raise and expand the waterfront walkway, with only one street running between the Low Battery and White Point Garden. 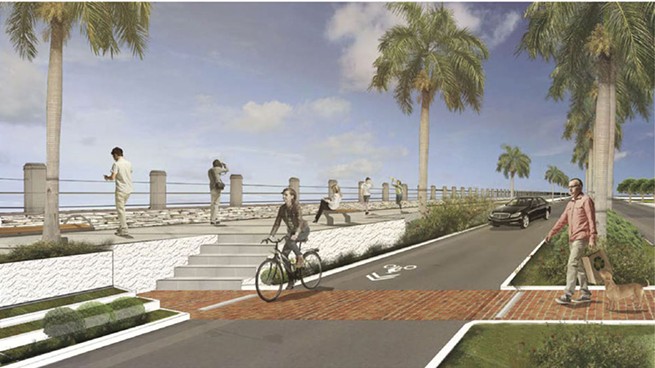 The final option would be to broaden the park and completely remove Murray Boulevard between King Street and East Battery. While option four is the most dramatic option, it would still be within the city’s longstanding policy to establish public space along the waterways that surround the peninsula. However, with this plan comes the loss of parking that would greatly affect tourists and locals.

It’s no secret that parking in Downtown Charleston is a nightmare. The city budget shows that parking revenue in the city is estimated to be over $24.6 million in 2017 alone. $1.5 of that comes from parking meters and over $3 million from parking violations and expired meters. The College of Charleston conducted a survey on hospitality workers in the city. In their study, they found that more than 38 percent of hospitality workers received at least one parking citation while working in the past 12 months. They also reported spending more than $100 a month on parking.

The city’s 2016 Peninsula Hotel Study found that hospitality and food and beverage workers make up 34 percent of the workforce in the Charleston metropolitan area. Only 51 percent of them would be willing to take a shuttle to work and would pay an average of $3.39 for the service. Therefore, the outrageous parking expenses affect a large part of the Holy City’s population and a better resolution needs to be put in the works. 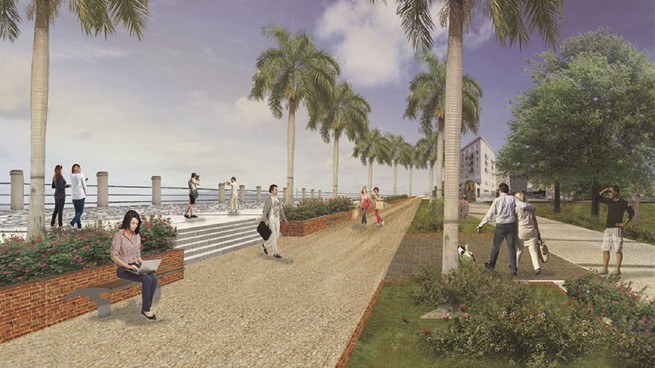 This year, Josh Martin, the advisor to Mayor John Tecklenburg, said that the city would be conducting its first major downtown parking study in 20 years. The project will come from the $350,000 set aside in the budget for developing a transportation plan. The study will include things like the location of parking, the value of parking, and the value of on-street versus deck parking. Lindsey expressed that if parking were to be removed from the Low Battery, it would be compensated with remote commuter lots in other designated areas.

Seventeen different city departments are putting their heads together to help adapt the city to rising sea-levels and a rapid increasing population. The overall effort will have a major impact on the city and will probably be the main focus of government operations for the next 50 years.

People who want to provide input on the Low Battery plans can take a survey online, visit the information booth at King Street and Murray Boulevard on August 4 from 8 a.m. to noon, or stop by the Charleston Civic Design Center.