The Southern Weekend, a popular TV show that offers the ultimate tour guide on how to have the best weekend in the south, paid a visit to one of our very own establishments! Just last weekend, the episode aired that featured none other than local hot-spot, Frothy Beard Brewing Company. The show goes around to the best places in the south and shares their experiences focusing on three main categories: food, travel, and lifestyle. How lucky are we to have one of these ultimate southern destinations right here in Chucktown?

Frothy Beard Brewing actually got their name from a “love of facial hair” as well as being Tolkien fans (author of The Lord of the Rings.) In which, the men would come back from a battle, have a beer, and it would be dripping down their face. 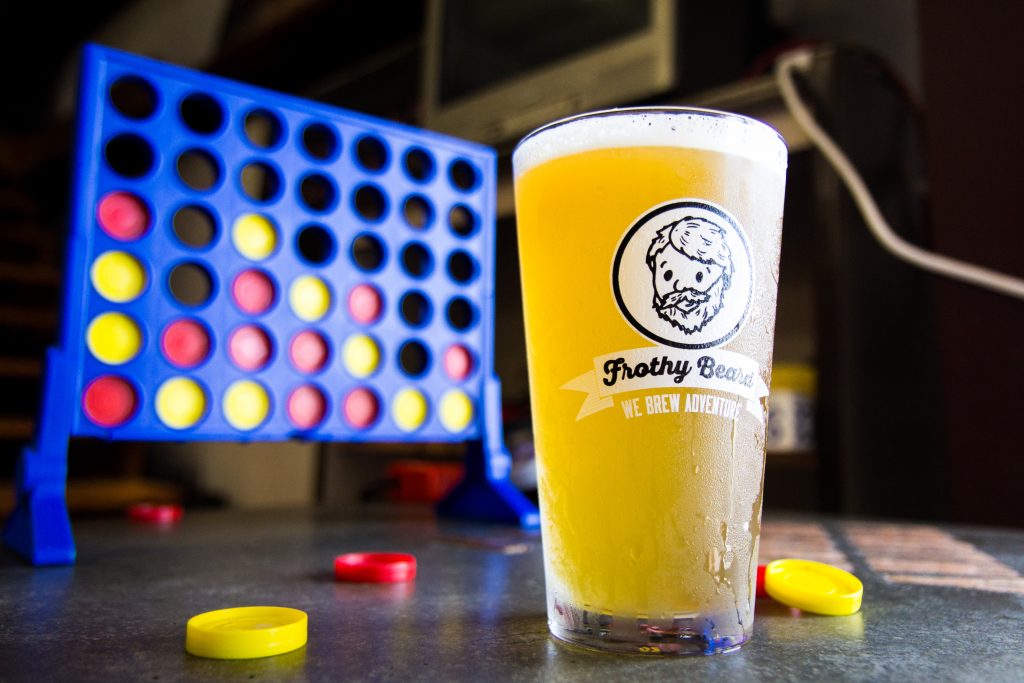 The brewery is known for infusing unique flavors into their beers, using ingredients like jalapeño cilantro, watermelon, and cucumber thyme. Holy Water, the name of one of their signature beers, was brought about because the brewery used to be a church.

What’s a brewery without some delicious food to grub on? Don’t worry, Frothy Beard has that too.

Pizza was incorporated into the mix when an employee, Ryan Dedrickson, started bartending with the company. He sold pizza out of a pizza truck called Zombie Bob’s, whose name stemmed from Ryan’s love for old horror movies and zombies. Frothy Beard decided to bring the pizza and beer together to create the perfect combo for patrons. Like the beer, the pizza has a unique flare to it too. Zombie Bob’s uses beer-infused sourdough to make their breadsticks and monster slices. Beer-infused pizza dough = #droolworthy.

With over 20 beers, monster pizza slices, board games, video games, Star Trek memorabilia, and a dog-friendly outdoor patio with cornhole, Frothy Beard Brewery provides the best place to spend some time on a southern weekend.  If you haven’t been, you NEED to go!