While Hurricane Irma has been downgraded to a tropical storm, the storm is still striking at high tide in the Lowcountry. Already today there have been thousands left without power and multiple trees knocked down. The tide is expected to be between 10-12 feet today.

The record high tide is 12.52 feet in 1989. The most recent record high was 10.23 in 2016. There are many items to be concerned with when the tide is this high. As we know, Charleston floods during regular storms and some places flood during a normal high tide. The combination of both will result in a major salt water flood in downtown Charleston.

Waves breaking over the wall at the Battery in downtown Charleston. ?? #Irma? pic.twitter.com/XsN9r5rJaJ

People should prepare for flooding today. The last flooding like this occurred during Hurricane Hugo. To compare to the most recent Charleston hurricane, Matthew, this tide will be a foot or two higher. 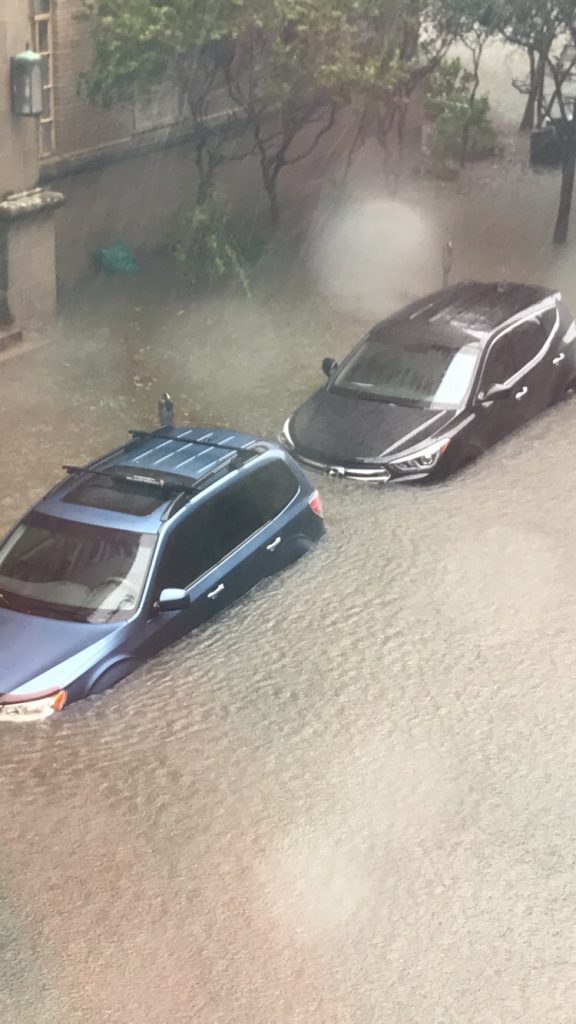 The wind will also be a concern today. The tropical storms wind field is over 415 miles wide. Storm surge warnings have been in effect and should be taken seriously. The storm will dump many inches of rain on the Charleston area. Flash Flood warnings have also been issued to several places around the area. Along with the wind and rain, this storm also is showing tornado threats. Many places have been under tornado watches and warnings.

There is expected to be better weather overnight and we are hoping to do away with the storm by Tuesday!