When the Goose Creek men’s basketball team takes the court this season, there will be something different about their uniforms. The uniforms will feature a tribute to the nine people whose lives were lost at Mother Emanuel in June 2015.

Coach Blake Hall ordered the uniforms back in August and made sure all three versions of the uniforms incorporate Gil Shuler’s palmetto dove graphic honoring the Emanuel 9. Two variations have the symbol on the belts and the third has the symbol on the leg. Hall has been coaching the Gators for the past six years. 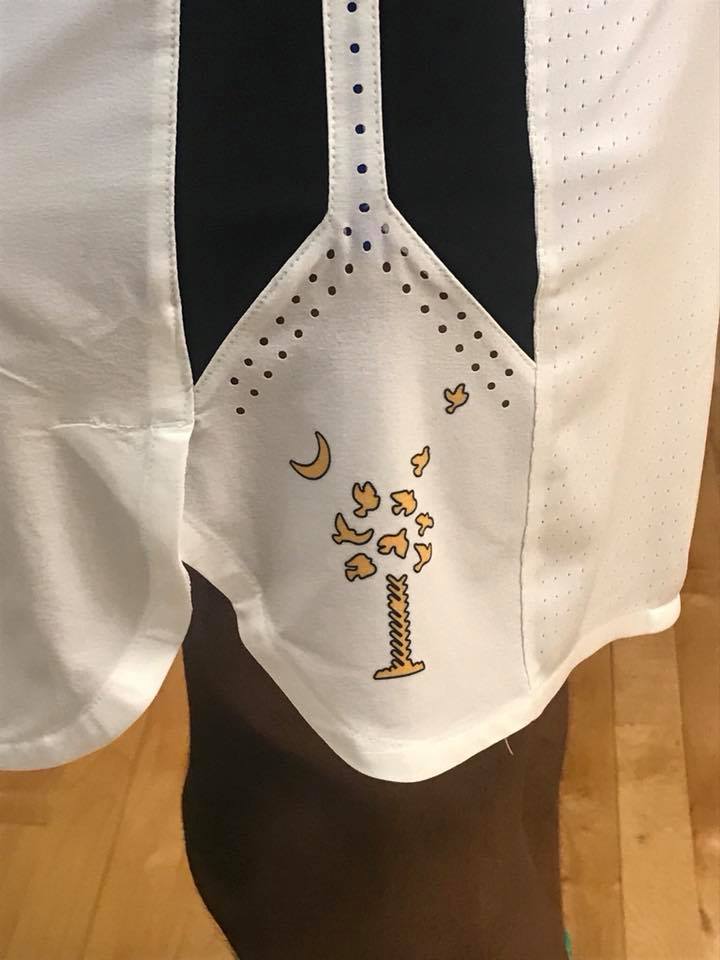 The new uniforms were partially inspired by how resilient Charleston was after the shooting. However, the biggest inspiration was a former Goose Creek High School basketball player, Chris Singleton, whose mother, Sharonda, died that evening at the church. Hall said he was impressed by how Singleton handled himself during the situation.

Singleton, who went on from Goose Creek High to Charleston Southern University and was later drafted by the Chicago Cubs in June 2017. Until he leaves for Arizona to attend spring training, he will be busy with speaking engagements. Singleton says he speaks on “forgiveness, overcoming adversity, and racial relations.”

His opinion on the uniforms? He thinks they’re “awesome.” He counts Coach Hall among the people he stays close to, highlighting his wisdom and coaching ability. For his part, Hall says that the uniforms honoring the Emanuel 9 will be used for the next few seasons.