Mardi Gras is finally here which means it’s time for some great Fat Tuesday specials and parties. See this year’s lineup below.

Who’s ready for Fat Tuesday? Well, The Alley certainly is.

From hurricanes to crawfish to muffuletta they have everything to make for one of the best Fat Tuesday celebrations in Charleston.

Ring in Mardi Gras with their special Fat Tuesday themed Light Up the Lanes plus their regular Tuesday night $2 specials, which include $2 hot dogs, classic can beers and bowling.

Along with their normal specials they will have hurricanes slinging and a special Mardi Gras menu that features everyone’s Fat Tuesday favorites. 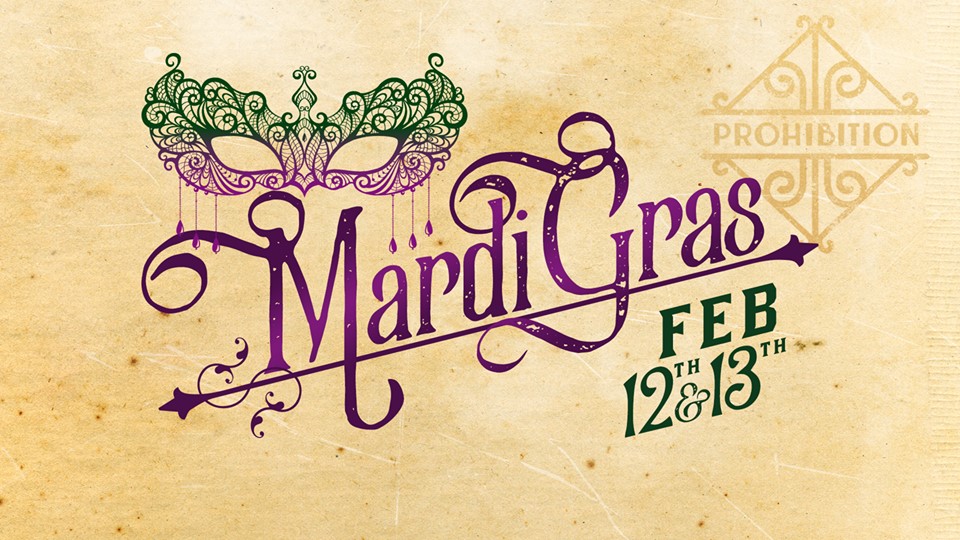 This Mardi Gras, Prohibition is hosting a 2 day Mardi Gras extravaganza starting with music from The Maritime Electric Band on Monday night.

Then on Fat Tuesday come enjoy the sounds of the Gino Castello band who will be infusing a mix of Cuban Jazz and New Orleans sound into their set.

Attendees can also enjoy a special New Orleans menu compiled of both food and drink specials all night.

This year on Fat Tuesday everyone’s favorite Biergarten is teaming up with St. Jude Children’s Hospital for a Fat Tuesday Fundraiser.

The night will kick off with a special edition of their weekly Taps, Tacos & Trivia with Mardi Gras food specials like Crawfish and Alligator Tacos along with some frozen hurricanes. Mardi Gras music and a special round of Mardi Gras trivia will be part of the night as well.

96.9 NASH FM‘s Tori Lynn & Jay will be hanging out at the Biergarten and broadcasting throughout the event as well as guest hosting trivia night. St. Jude’s has been a passion of NASH-FM DJ’s for many years. Outside of their March Radiothon, the DJ’s are always looking for additional ways to raise funds for St. Jude… so come help them this Fat Tuesday at Bay Street Biergarten.

This Fat Tuesday The Brick is hosting Luna Gras, their fun twist on Mardi Gras. The celebrations include free tacos and cheap margaritas in partnership with Rebel Taqueria and Lunazul.

On Tuesday before the celebrations, The Brick will post a secret code on their Instagram and the first 25 people in the door that shows the bartender a screenshot of the code will receive a free taco. Lunazul Margaritas will also be just $4 all night.

On February 13, aka Fat Tuesday, The Glass Onion will celebrate with an authentic Cajun/Creole-inspired menu and cocktail specials happening during lunch and dinner.

Featured menu items will include gumbo, po’ boys, crawfish Monica and king cakes along with $5 Savaracs. They will even have some awesome zydeco music for guests to enjoy as they eat and sip on their cocktails.

Reservations are recommended for dinner, to make a reservation call 843-225-1717.