It’s Fall, y’all — which, for better or worse, means it is officially campaign season for politicians and would-be elected officials.

And while our radios, televisions, and our streaming devices will almost certainly be inundated with political content and advertisements over the weeks ahead, it appears atleast one local candidate will be focusing on traditional methods by hitting the streets (literally) with good old-fashioned yard signs.

Terry Jenkins, Summerville native and former Town Council member, has evidently had it with the political games — and it looks like he will no longer be sitting on the sidelines this election season. In fact, over the weekend, Summerville residents noticed the following signs popping up all around the area… 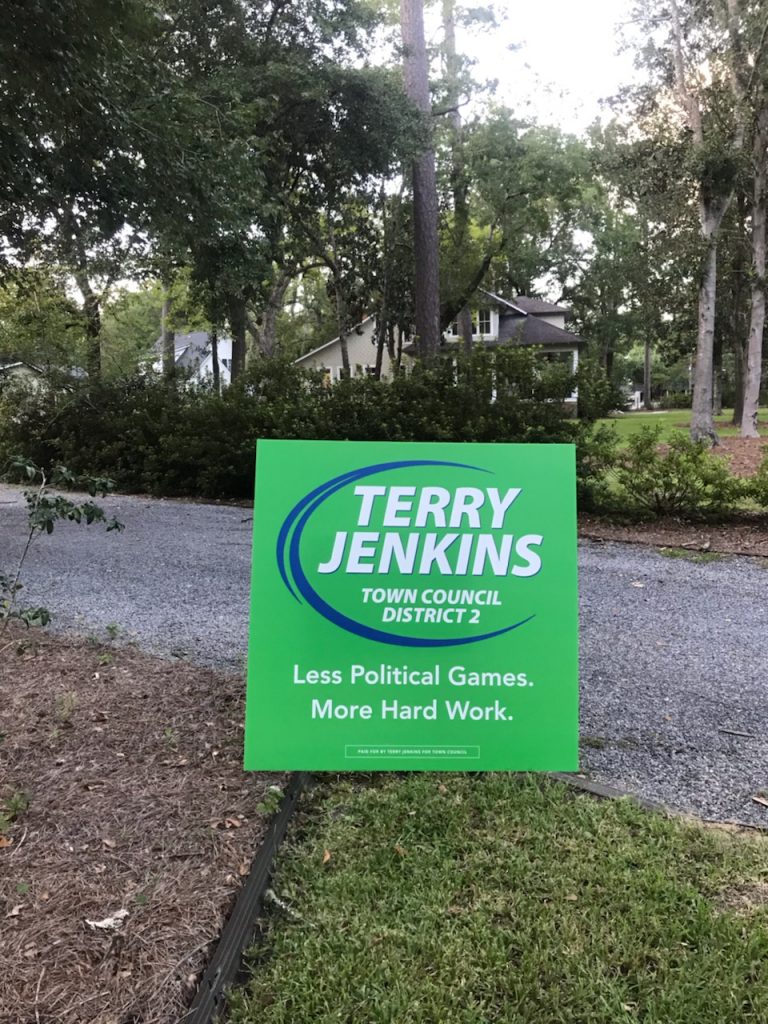 A quick Terry Jenkins search will bring you to his campaign website, where the following snippet stood out…

“I’m running for Summerville Town Council because I’m completely fed up with what I’m seeing from our “leaders.” They have way more interest in playing politics than getting things done for our town.

Summerville is amazing. Everyone wants to be here. But that’s causing a lot of problems. More people are coming whether we like it or not and the politicians are not preparing our town for growth. That’s why you’re sitting in traffic for hours every week.

Let’s stop the political games being played and work harder to fix the problems being created by astronomical growth.”

Jenkin’s hopes to show he is a candidate with a plan to help manage the Lowcountry’s exploding population and to tackle the task of fixing our roads.

Take a look at the website yourself and let us know what you think.