With the warm weather upon us and restaurants reopening their doors, Airbnb guests might be tempted to throw a party in celebration. Airbnb warns that this could now result in a banning from the lodging service app.

In response to Coronavirus, large gatherings and parties are no longer permitted. Stricter rules are coming for renters. With a plethora of Airbnb homes in downtown Charleston, many are to be affected.

In a recent press release, Airbnb states that “While Mayer John Tecklenburg announced the gradual easing of some COVID-19 restrictions, he has continued to emphasize and mandate social distancing, meaning our new policy will continue to prohibit any type of party at an Airbnb listing in Charleston until further notice.”

To reinforce their point, Airbnb temporarily disabled the “event-friendly” search filter. Previously the filter helps to help seek out venues for large gatherings. Without the option, Airbnb hopes to reduce the number of parties.

In a city that’s usually filled with Bachelorette parties and vacation beach-goers, it looks like this Charleston summer will be quieter than usual.

Airbnb has yet to update when they’ll re-allow large gatherings. Until further notice, the app will remain party-free.

At a recent City Council meeting, the topic was a familiar one: short-term rentals in Charleston. Both sides of the debate were represented, with some people wanting to cash in on the Airbnb trend and others worrying about the effects of tourists invading their neighborhoods.

HomeAway, a global giant in vacation rentals, has been pushing for legislation in favor of short-term rentals crying that limiting them would infringe on people’s property rights. But HomeAway doesn’t have Charleston’s best interests at heart.

When short-term rentals (which are currently illegal in most of the city) are allowed to flourish, neighborhoods are taken over by tourists who aren’t a part of that community. People living in those neighborhoods want to know their neighbors and form a family of sorts, not be greeted by a revolving door of strangers.

There are currently an estimated 1,500 illegal rentals, though HomeAway currently lists about 3,200 rentals in Charleston County. This isn’t the “little guy” trying to make ends meet by renting out a room, this is a multi-national corporation coming in and changing the landscape of Charleston’s communities and hiking up housing costs for those who call the city a permanent home.

Charleston, with its mix of historic charm and modern amenities, is a great place to live. Let’s not ruin it by letting money-hungry corporations take over the place we call home.

Charleston is known as a city of rich history and undisputed beauty. From the cobblestone streets to the hundred year old buildings, the continued preservation of the low country feeling is one of the many reasons Charleston is what it is. As the city continues to grow both physically and fiscally, the short-term rental market is infiltrating communities all over Charleston and although very popular, there are hidden costs to this industry that has sprung up out, seemingly of nowhere.

For starters, short-term rentals aren’t just for the common property owner anymore. What began as a software system for homeowners to make a couple extra dollars on a spare bedroom has turned into Big Businesses in just a couple of years.

Corporate entities have been buying up property all over town with no intention of ever living in the space. Their aim – to put up for rental, which can quickly throw off the balance and charm many communities have developed. The more people that are hoping they can make a profit off short-term rentals are ironically hurting the system the most.

The rising interest drives by corporate homebuyers drives up the cost of living in Charleston – often drastically, to a point where only big money players can afford to buy homes.

Short-term rental sites like VRBO, Homeaway, and Airbnb specifically, are being dominated by the people who really know what they’re doing in the short-term market, not the people who want to make some extra cash, which is a common misconception. 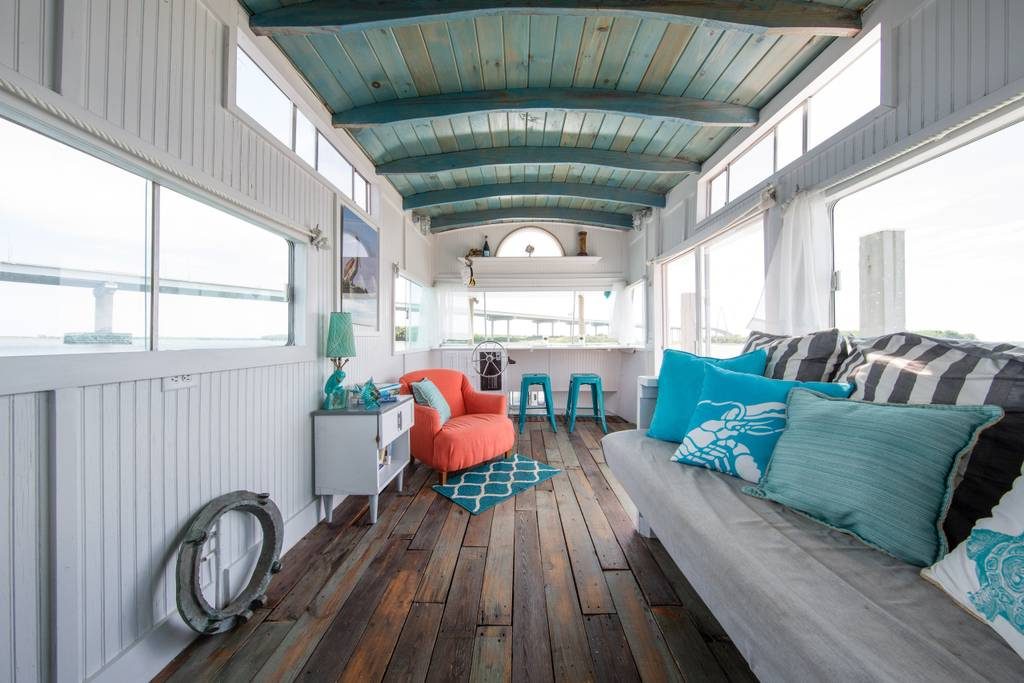 To be fair, it’s not your average homeowner mucking up the system. But for them too, there could be unintended consequences. Standard homeowners insurance policies are specifically designated for personal risks, not commercial, therefore, an incidents that occurs in a short-term rental can easily fall on the shoulders of the property owner, which can cost some serious coin.
So Big Business wins and the average homeowner suffers, but forgotten in this debate is the damage to our community itself. From crime to noise, to disrespect and ransacking, these are just a few more of the risks associated with these short-term rentals. Not for nothing, these issues have just as much of an effect on the surrounding residents as it does the lessor. In addition, if finding parking wasn’t already hard enough, short-term renters will further add to the chaos between the white lines. Short-term rentals are thinning out the communities of Charleston and are negatively affecting full time resident lifestyles.

At first glance these short-term rentals seem like a cool new thing, but it requires proper regulation that matches the big business industry it has become. Charleston has too much to offer for it to be hindered by the short-term rental market.

Short-term rentals have been a hot topic of debate in Charleston in the last couple years. Progress has been slow from the group tasked with crafting a new set of rules to govern the short-term rentals across Charleston. But now the 18 member group has been working on a proposal of what they’d like to see in a new ordinance that they will present to the city’s Planning Commission later this year.

Many of the short-term rentals in Charleston have been operating illegally under the current rules, therefore the Short-Term Rental Task Force needs to decide who should and who should not be allowed to rent under their new proposal. They are on a time crunch and hope to get the new recommendations for the proposal straightened out and ready to send to Planning Commission by September of this year. City Planner Jacob Lindsey told the task force that it might not be sent until October as they have to process the new proposals and make an ordinance draft.

One of the members of the task force, Ann Hester Willis, suggested that a person is only allowed to rent out a portion of their home after residing in their property for at least 275 days. Another suggestion to verify owner occupation would require the rented property to be listed as a primary residence on the resident’s tax forms. The task force members also proposed that the owners must be at their home during short-term rentals. They were also able to reach an agreement on setting a limit on the number of guests allowed in a short-term rental. However, debate over what constitutes a unit and parking requirements followed.

The task force is set to meet again on August 8th and an additional meeting is in the works to focus solely on the feedback from the community. A major concern of local Charlestonians with short-term rentals is that the sense of community and neighborhoods will be lost with so many different people coming in and out, losing consistency. 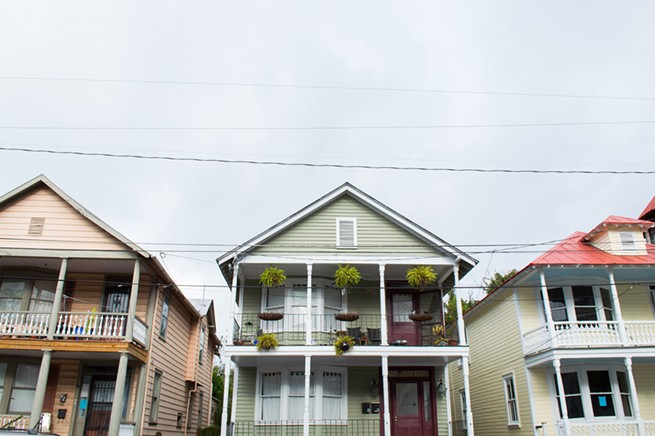 The final topic of debate on Tuesday was how old a home can be to serve as a short-term rental? According to Kristopher King, the executive director of the Preservation Society of Charleston, federal guidelines state that a property must be 50 years or older to be considered historic. A task force member suggested that a three-year timeframe be used before short-term rentals are allowed on the property. While no specific age was decided, concerns were raised that the higher the age requirement, the more rentals that would be sidelined in the city. Locations like James Island and Johns Island would not meet these age requirements and some of the most supportive areas of short-term rental would be excluded.

The big increase in short-term rentals in Charleston has most definitely had a big impact and effect on the city and the community. It will be interesting to see what the task force comes out with after their meeting on August 8th and how the public will react. 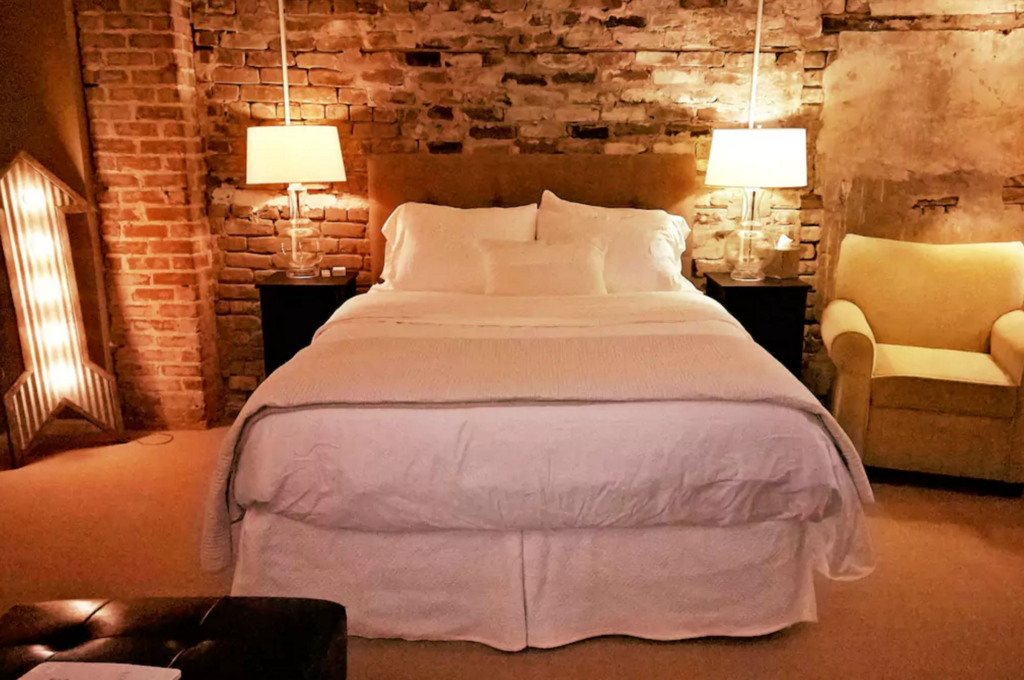 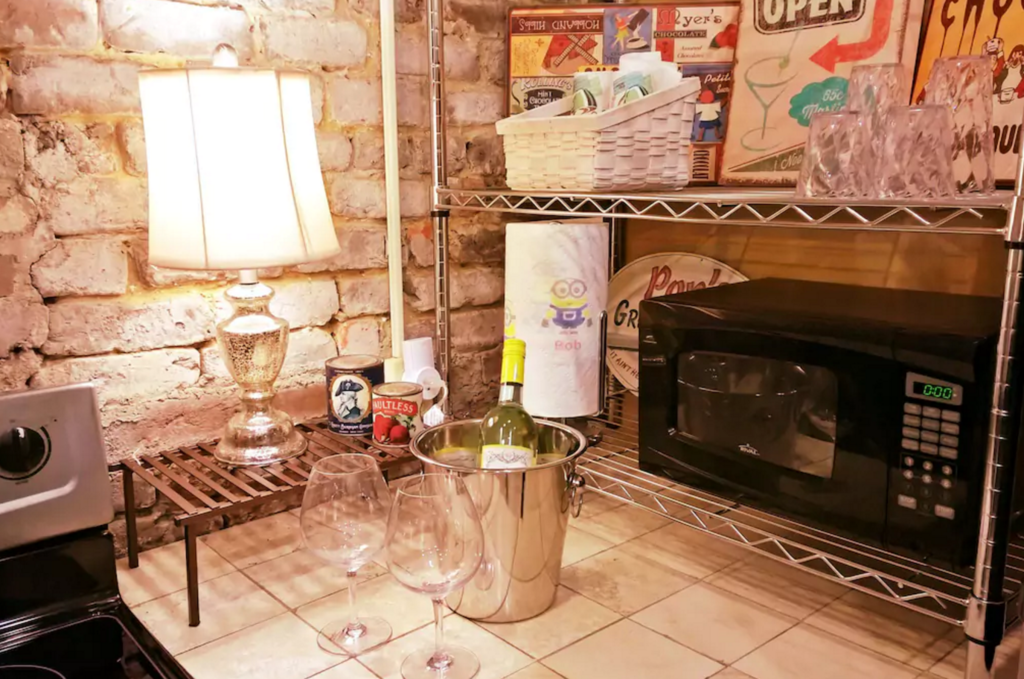