Did you receive a mailer from the South Carolina coalition, Let SC Decide this week? If so, you’re not alone.

Residents all around the state reportedly received the mailer asking them to voice their opinion on whether or not liquor stores should be allowed to open on Sunday and urging South Carolina citizens to contact their state legislator with a simple message – let the people of SC decide. 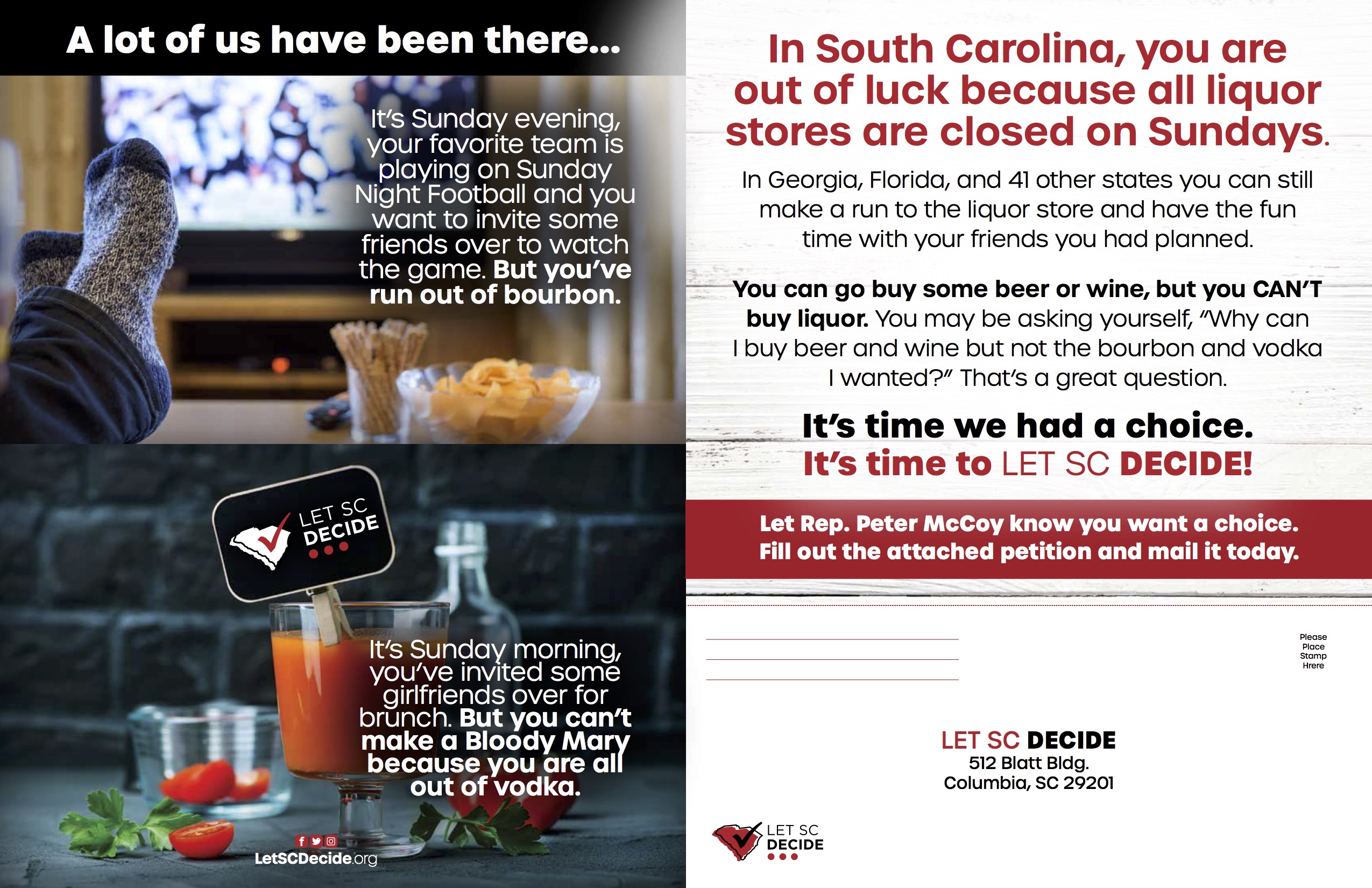 South Carolina’s rocky relationship with alcohol is nothing new. It wasn’t until 2005 that bars and restaurants were allowed to serve liquor from something other than mini-bottles. In fact, South Carolina was the last state to allow free pour from regular-sized bottles.

Just like with liquor, South Carolina had to progress with the changing times and adapt their laws towards craft beer in 2014 when the “Pint Law” and “Stone Bill” were passed. Since the laws passed, the craft beer industry has seen a boom in the Palmetto State with no signs of it slowing down.

Many would say the state’s alcohol laws have changed for the better in recent years, leading to the boom in craft breweries and micro-distilleries across the state. Both of which bring in new residents, tourists and revenue for the state.

Taking this next step and allowing voters to decide whether liquor stores should be open on Sunday or not seems to make sense from a freedom standpoint.

What are your thoughts? Do you think it should be up to those who live in the community themselves? Let us know.