With the start of the school year right around the corner, August is the perfect time to get those last summertime activities in with friends and family!

Free admission, food trucks, and live music is the way you’ll want to spend your friday nights in August.

Movie Night at the Tides on Folly Beach

Every Wednesday in August

Break out your beach blankets and chairs to enjoy a movie on the beach.

Showing Minions and the Boss Baby at 10 am

Race for the ARK 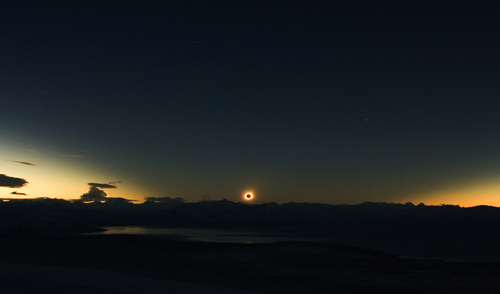 Want to see something you’ve probably never seen before? Then turn your eyes to the sky on August 21st to witness a total solar eclipse. Charleston is directly under the path for this extremely rare event, which is probably why hotels have been completely booked up for months and restaurants and bars across the Holy City are making plans for solar eclipse viewing parties.

What even is a total solar eclipse? It’s a rare phenomenon that occurs when the moon completely blocks the sun, making the hidden corona visible and creating a mesmerizing ring-like effect. It will be visible in Charleston between 2:40 and 2:50 p.m., but we suggest that you find a good spot to watch as early as 1 p.m.

HOW can you get the best view of the eclipse?

Before you head out to see the eclipse you have to remember that the sun is still extremely powerful. Too much direct exposure to its rays can permanently damage your eyes. Like a magnifying glass, the lens in your eyes focuses light onto your retinas. Staring at the sun for even a short amount of time could literally burn a hole in your eye. Even ordinary sunglasses can’t protect your eyes from the harmful rays.

But don’t think this will stop you from experiencing the eclipse. Specially filtered eclipse glasses are being distributed all around Charleston in preparation for August 21st. The Charleston County Public Library is handing out free eclipse glasses, and Mount Pleasant’s Vision Center at Seaside Farms is selling them for $1. College of Charleston is offering free and custom-designed eclipse glasses to all students, faculty, and staff. If you don’t want to buy special sunglasses, you can always make a quick and easy pinhole projector.

It’s essential that you keep your eclipse glasses in good condition. Any scratches will ruin the filters and put your eyes at risk. You should only remove the shades during totality, when the moon is completely blocking the sun. Another friendly reminder is to not look at the sun through any cameras, telescopes, or binoculars as the concentrated rays could cause damage even with protective shades on.

WHERE can you get the best view of the eclipse?

If you want the longest time in the total eclipse, you have to find the center of the moon’s shadow where it will occur for 2 minutes and 30 seconds. This can be found from Center Street on Folly Beach to the northern tip of Pawley’s Island. It will then pass over Lake Marion and Lake Moultrie before heading north of Bulls Bay towards the Atlantic between Awendaw and McClellanville.

We shouldn’t have to tell you that traffic is going to be crazy. Two million people are expected to be traveling to South Carolina for the eclipse, so plan to leave early for whichever eclipse destination you choose. The last total solar eclipse that came near Charleston was way back in 1970, so this is a BIG deal. More total eclipses in the U.S. will follow in 2044, 2045 and 2078.