Thursday, May 28 is National Brisket Day, so what better way to celebrate than sinking your teeth into barbecue at one of these spots? Check each restaurant’s social media for updated dining options.
Warning: this post may cause you to drool.

The story goes that Rodney cooked his first hog at 11 years old and that the fire has never gone out. This beloved local restaurant has mouth-watering ribs, hushpuppies with honey butter, and Ella’s banana pudding (you’ll want two orders.)

Recognizable for the giant, custom-made smokers out front, Lewis Barbecue has Texas roots represented by the delicious, 18-hour char on their meats. Try their sausage, brisket, and more.

Not to be confused with the haunted restaurant Poogan’s Porch, this East Bay location brings the flavors of South Carolina. Try their local black-eyed pea salad or a mouth-watered pulled pork sandwich slathered with cheese.

The secret’s in the sauce! According to their website, Melvin’s has been “South Carolina’s Original Family of mustard-based BBQ” since 1939. Now 80 years strong, their savory sauce is available in-house and for individual purchase.

Bessinger’s is known as the legacy of “the first family of bbq” and has been featured on multiple shows on the Travel Channel. Don’t forget to order some of their famous onion rings to go with your brisket!

For this Lowcountry treat, bring an appetite to one of their three Charleston-area locations. For something different try house-made pork cracklins, a smoked turkey burrito, or a brisket taco with chipotle sour cream.

Just two years ago, John Lewis changed the barbecue scene here in Charleston. Having established himself as a prized pitmaster in Austin, TX, he made his way to the Holy City to make his mark on Charleston with the opening of Lewis Barbecue. Welding the custom-designed smokers himself, Lewis wakes up at 4 a.m. to tend the fire that slow cooks meat for 18 hours.

Rodney Scott’s Whole Hog BBQ is deep-rooted in heritage and tradition. At a young age, Scott learned to cook whole hog barbecue watching his family do the same in the hog pits they built behind their convenience store in Hemingway, SC.

Word got out about how good the smoked meats the Scott’s were selling out of their convenience store was and people began traveling hours each week just to try it. With so much popularity, Rodney Scott decided to leave the family business and open up his own BBQ joint here in Charleston in 2016. In 2018, Rodney was named the James Beard Best Chef in the Southeast for his restaurant.

Baby got back! FLIPPIN hogs over, keeping it fresh! Our pitmasters and crews are family and friends! Go give them some love today! #notaboringlunch #pitcrew #pitmaster #community #mondaymotivation #oldschool #og #rodneyscottsbbq #wholehogbbq #charlestoneats #bhameats @pitmasterrodneyscott @artisticmisfits

With several locations, now expanding as far as Aspen, CO, Home Team BBQ is a fresh and local-minded restaurant right down to their sauces. With experimentation always in mind, the Home Team crew is constantly looking for new and innovative ways to use smoked meats. With award-winning dishes, an expansive bar, and a fun, family-friendly environment, Home Team is the whole package!

How much for one rib?

In the heart of Charleston on upper King Street is Smoke BBQ. Smoke is one of the most diverse options of the Charleston BBQ scene. With plenty to choose from, including tacos and pastrami that is cooked 16 hours, Smoke stands out in the crowd. Check it out the next time you’re downtown and looking for some southern barbecue.

As of today, all of our Smoke BBQ dining and catering operations will be located at our King Street restaurant. We are initiating a restructure of our Coleman Boulevard restaurant, and it will remain closed during this process. Please join us on the Peninsula for all your favorite Smoke food, cocktails, take-out, and catering, as well as live music this weekend! #smokebbq #smokeoncoleman #charlestonrestaurants #mountpleasantsc #charlestonsc #happyhour #kingstreetcharleston #goodfood #cocktail #catering #goodeats

Swig & Swine features classic, all-wood smoked barbecue that delivers the juiciest smoked meats the Lowcountry has to offer. With four locations in Charleston, Mount Pleasant, Summerville and West Ashley, Swig & Swine restaurants are serving up to barbecue lovers all around.

Shem Creek is getting a new restaurant/bar and guess what – it’s going to have a ROOFTOP!

Saltwater Cowboys is set to open sometime in the very near future in the old Cottage on the Creek building. The new owners have given the restaurant a complete makeover by renovating the rooftop bar, adding a second outdoor bar with lots of TVs, a dog-friendly patio, more than 60 feet of floating dock and much much more.

Wade Boals and Brett Yearout teamed up with Joel Olindo, co-owner of seafood and oyster bar Nico, to make this dream a reality. Along with executive chef Ryan Love the team promises a restaurant that’s more than just traditional barbecue and seafood. 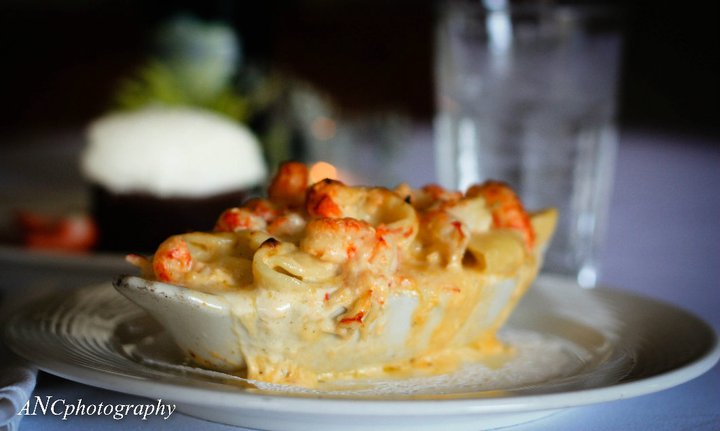 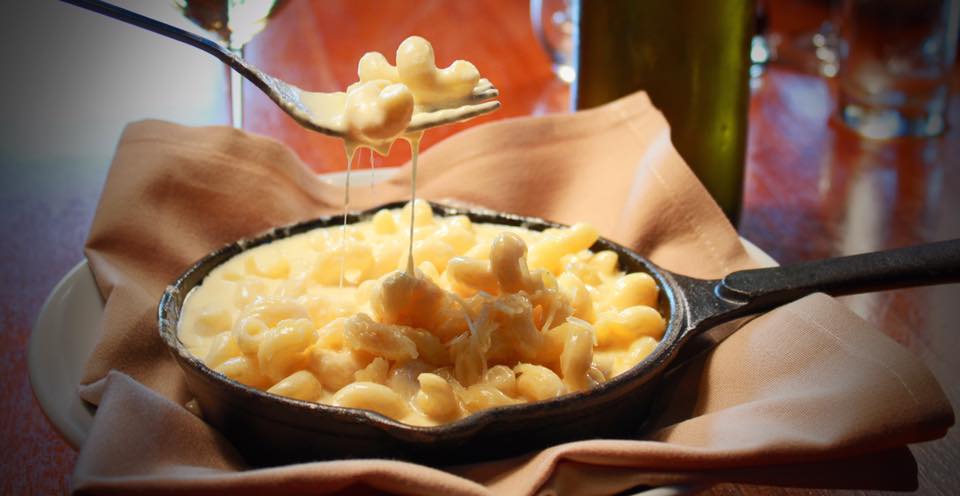 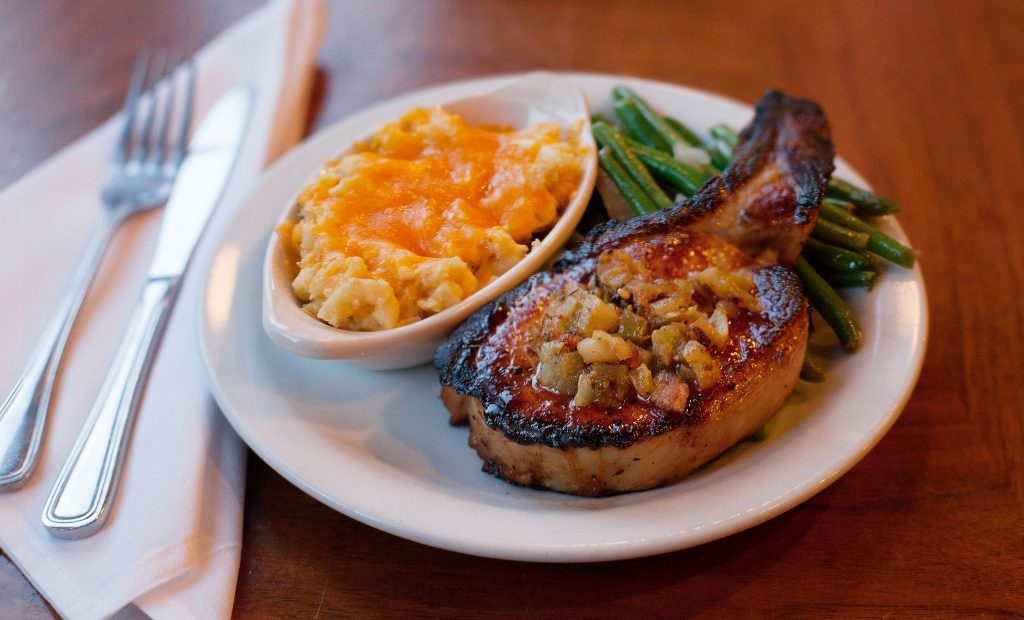 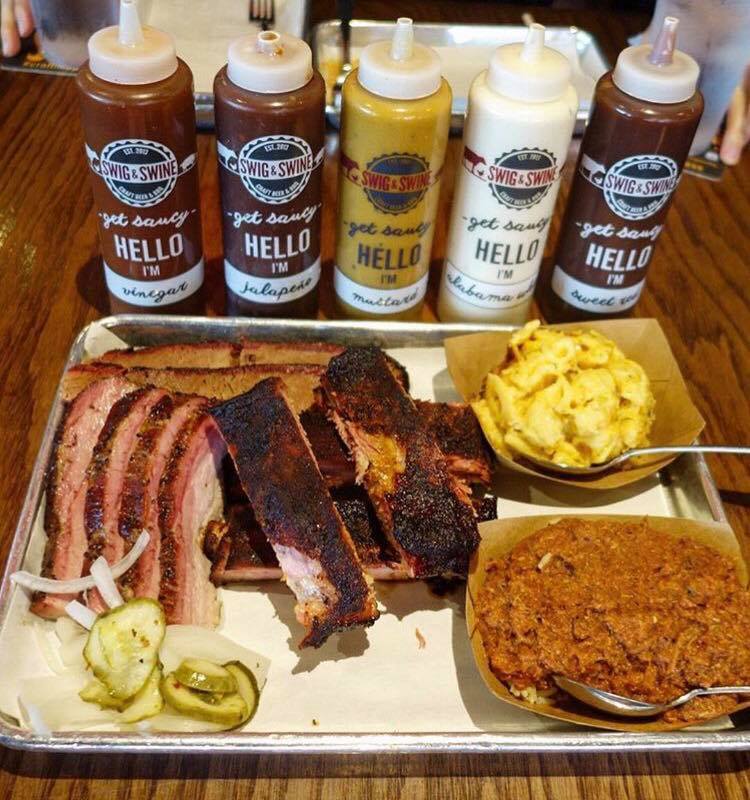 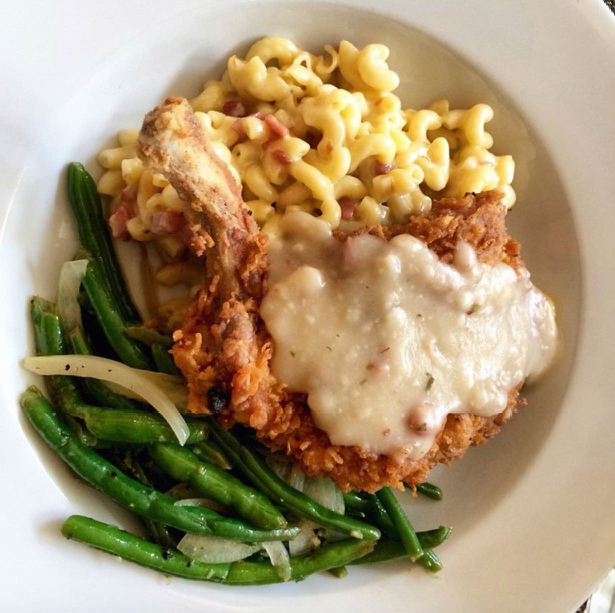