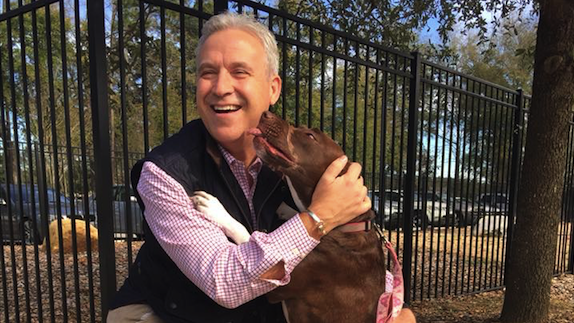 In the ongoing debate about Charleston’s carriage horses, much has been said about whether or not the practice should be continued. While all of the criticisms of the horse-drawn carriage business have been countered with facts that prove the horses are well cared for, the City of Charleston is taking further steps to ensure their wellbeing. These steps come in the form of updated carriage horse regulations.

The Equine Manager, Shannon Tilman, will bring a strong background in the care of horses. Working with horses all her life, she has also been certified in a number of equine care specialties. These specialties include advanced knowledge of the equine anatomy and veterinary science.

In addition to the Equine Manager, the Tourism Commission Subcommittee also resolved the issue of carriage weights or encumbrance. The concern was that the carriages the horses are pulling are too heavy because the carriage loads aren’t weighed. The city mandates that the encumbrance must be less than three times the horse’s body weight. However, the method used to estimate weight by the carriage companies is the same method used by the US Coast Guard and the airline industry to measure passenger weight. Scales like those used for trucks were proposed, but the process used to estimate weight was found to be satisfactory and the carriage companies had the animals’ welfare in mind when it came to load size.

Another advancement in carriage horse regulations is that carriage tours are now digitally monitored and tracked. The new system allows officials to track weight, route, and passenger volume. These items were previously tracked by hand. The digital method will be more accurate and future enhancements could be made. The digital system was created internally by the City of Charleston IT Department.

Misinformation about carriage horses is rampant in Charleston. People often talk about the issue without having any facts to back up their stances. Well, we’re here to help with that. We’re taking on common myths about carriage horses and busting them with the truth. So, educate yourself on this hot-button issue before you get into that spirited debate. Oh, and don’t forget to resist the Russian trolls! 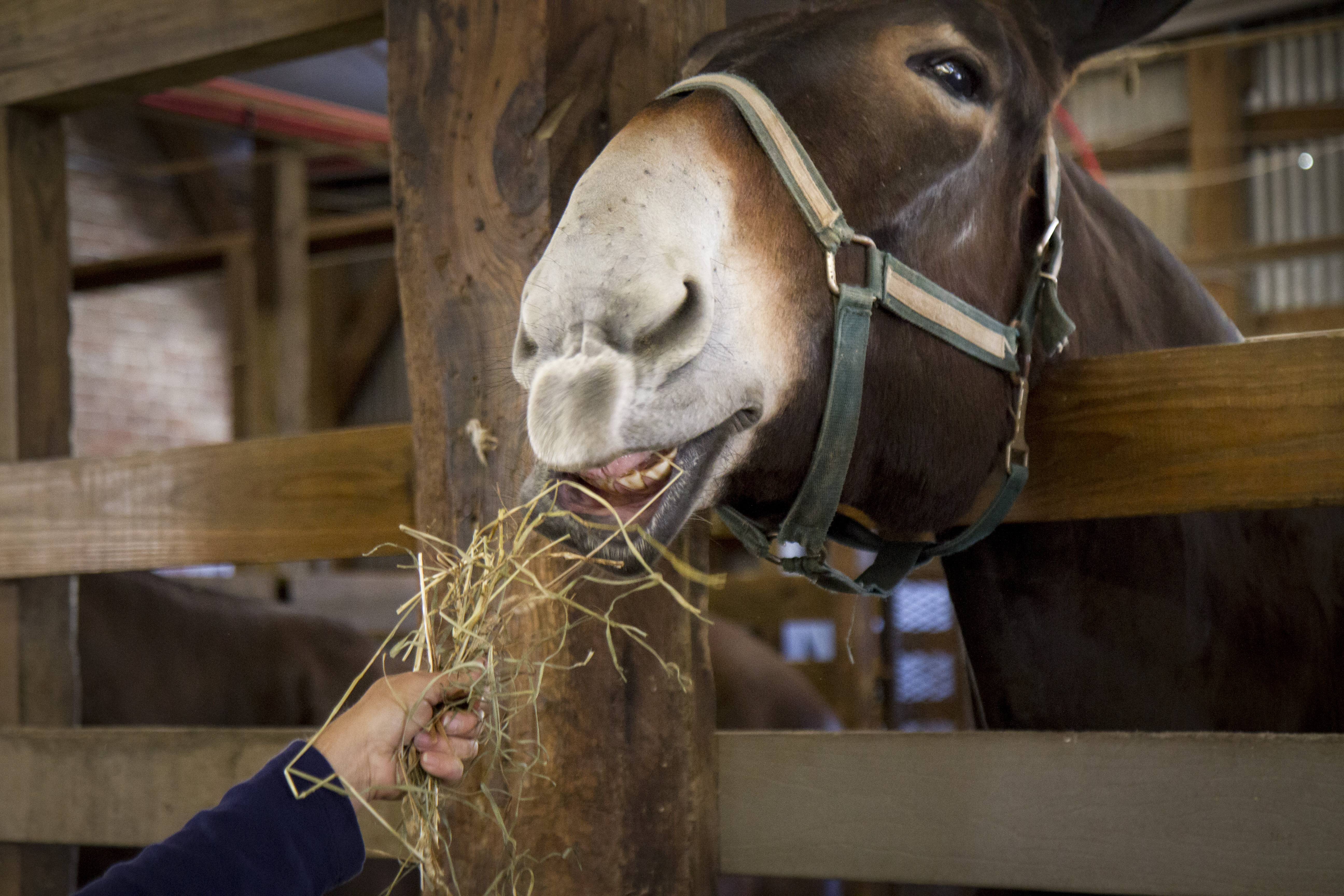 Erroneous! While horses and mules have the ability to adapt to the weather, they’re not asked to perform in extreme weather conditions…and that includes extreme heat. We know it gets hot down here in the summer and the caretakers of our four-legged friends know what to look out for when it comes to an overheated horse. At Palmetto Carriage Works, they take each horse’s temperature after every tour to make sure they are within the normal range. If the horse even approaches having an above normal temperature, they are pulled from working. And if a day reaches 95 degrees or the heat index is 110, there are no tours.

Lies! The number of hours a horse is allowed to work in a row is highly regulated by the city of Charleston. Palmetto Carriage Works’ horses and mules typically work a five hour day. Plus, the horses get at least a 15-minute break between tours to rest and drink water. And when they’re not working, they have plenty of space in their stalls to eat and relax. 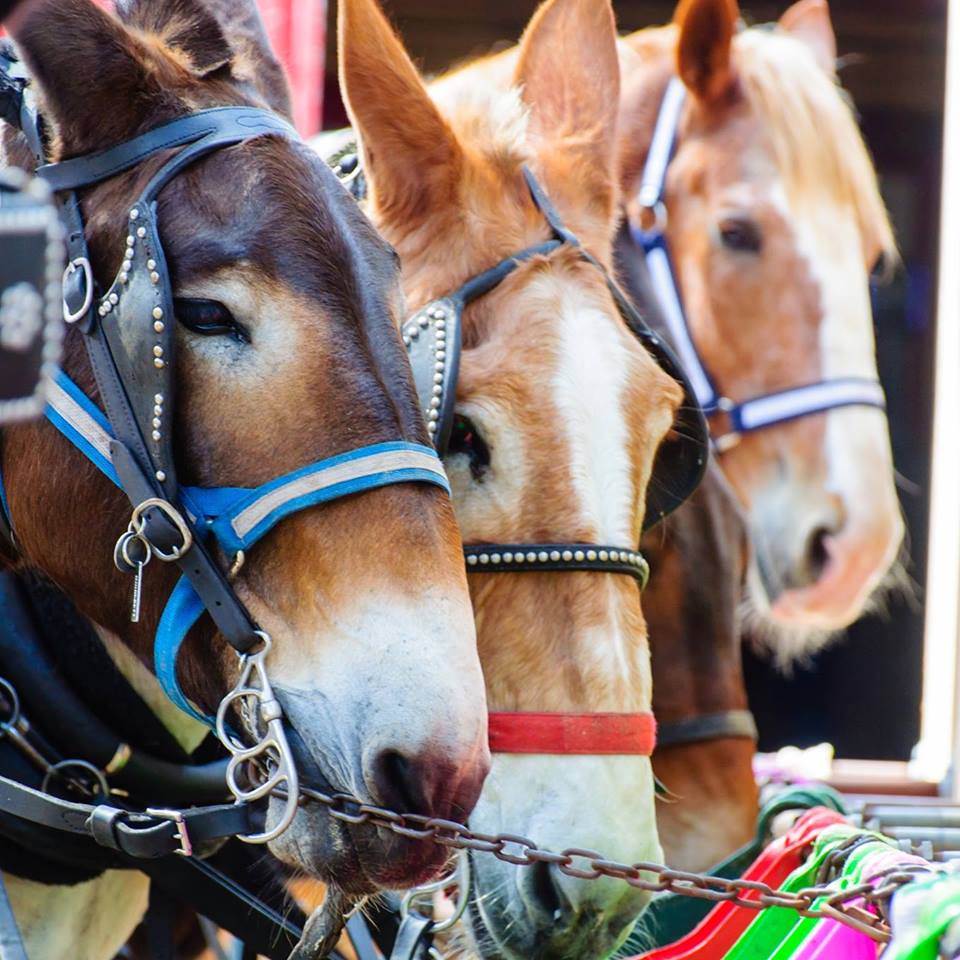 Myth: Carriage Horses are Made to Carry Backbreaking Loads

Nope! Even a fully loaded carriage isn’t hard for a horse or mule to pull, especially in teams. The tourism committee recently determined that even on a full carriage ride, it would be almost impossible for a carriage to exceed the city’s weight limit due to logistical issues. In Charleston, the weight of the carriages is restricted to a maximum of three times the horse’s weight. While all carriage companies must adhere to this ordinance, it is possible for the horses to pull much more than this. But don’t get all worked up just yet. To give you an idea of just how much weight carriage horses can pull, a regular horse can easily pull a wheeled vehicle that is six times its own weight. Since the average weight of a draft horse is about 1,400-2,000 pounds, that means that one of the larger horses could easily pull up to 12,000 pounds on a wheeled vehicle. A typical carriage load is FAR less than that, and the horses, on average, work five hours per day with breaks.

False! It’s true that horses are firmly in the “flight” camp when it comes to the “fight or flight” response, but Charleston carriage horses aren’t just ordinary horses. They’re highly trained animals that adapt easily to their environments. They know how to deal with pedestrians, cars, sirens, yelling, and other loud noises. Things that might make a typical horse bolt don’t ruffle these quadrupeds. 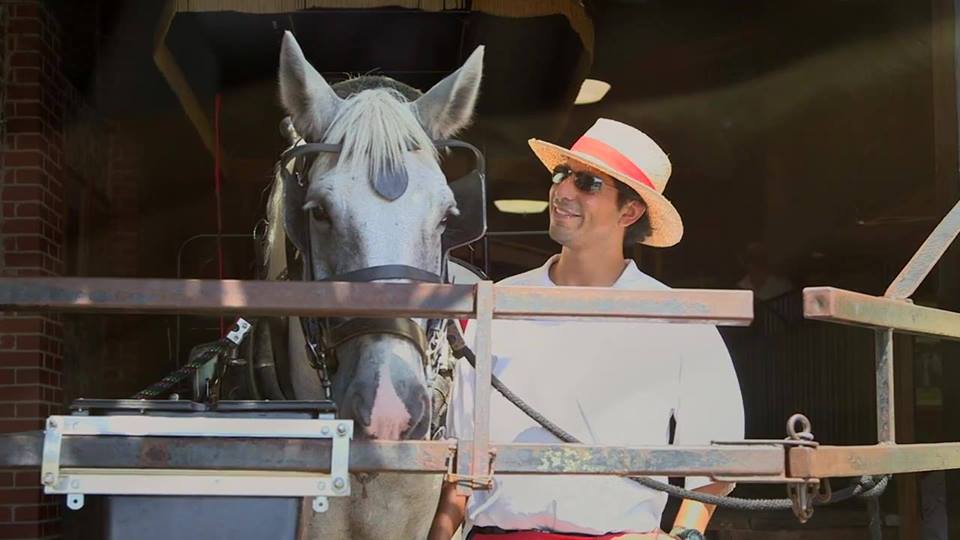