What’s better than an oyster roast with beer? How about oysters in your beer?

Head brewer Joey Siconolfi says the briny, silk and toasty beer is a 6% stout with flaked barley and oats. The oysters are from Ebb and Flow Oysters in McClellanville. You can get the beer at their West Ashley taproom and in to-go growlers, half growlers and crowlers. Unfortunately, Oyster Shuck isn’t being canned for distribution in 2020 but we sure are hoping for it in 2021. Trust us… it’s worth the trip to West Ashley.

Frothy Beard isn’t the only brewery experimenting with everyone’s favorite low country delicacy. You can typically get an oyster stout this time of year at Coast, Holy City, Low Tide, and Freehouse breweries.

We’re big believers in shopping local, eating local, and drinking local so we love the abundance of breweries in the Lowcountry. We were happy when these awesome craft beer spots started popping up around the city and we’re even bigger fans now that many of them are canning their beer. Now we can leave happy hour with a six-pack and continue the party at home.

Here are some of our favorite canned beers:

Starting today, pints of our core brand beers are now $4 in our Taproom on weekdays! (Monday-Thursday) Which beer are you having?

Palmetto Brewing now has a number of beers available in a can. You can find them at large supermarkets like Publix or pick up a pack right from the brewery. You can find them on Huger Street in downtown Charleston and open seven days a week.

Frothy Beard offers two types of canned beers, ¡Andale!, a pale ale and Tides, an Irish red ale. Both are available for purchase at the West Ashley brewery on Sam Rittenberg or at stores around the city.  Frothy is open Sunday through Thursday, 11 am to 10 pm and Friday and Saturday, 11 am to 11 pm.

151 Likes, 4 Comments – Holy City Brewing (@holycitybrewing) on Instagram: “What’s back in stock at the taproom! That’s right! Paradise Session IPA six packs are back around….”

Holy City has eight beers available in can through both North and South Carolina stores. Or, you could swing by the taproom on Dorchester Road and get a free tour anytime between 11 am and 8 pm, Sunday through Thursday or 11 am to 9 pm, Friday and Saturday.

?EOBC SOUR CAN RELEASE ALERT? . Sour Cranberry makes its debut in the Taproom TODAY, just in time for ??????!! . ?SOUR CRANBERRY? . Our series of fruited American Sour Ales come from a love of fresh fruit flavors combined with mouth-watering acidity. These little seasonal berries add a refreshing acidity all their own! Explosive fruit notes erupt from the glass, and one is left with a quenched thirst, yet thirsty for more. 6.5% ABV. 16oz cans, $14/4pk. . Cans are on sale in the Taproom NOW, and the beer is also on tap. While you’re at it, grab some grub! . #chsbeer #beer #chsdrinks #chseats #explorecharleston #craftcans #beerrelease #sourbeer #sour #cranberry #happyholidays #brewerydistrict #nofilter

Offering a wide variety of canned beers, Edmund’s Oast Brewing is on upper King Street right past Edmund’s Oast Restaurant and Edmund’s Oast Exchange. This 20,000 square foot brewery is able to package their cans for wide-reaching wholesale. You can visit the brewery Wednesday through Monday, from 11 am to 10 pm.

$8 Six Packs To-Go today! Open 4-10pm Swing By before the #nationalchampionship or watch the first half w us in the tasting room or at @thehold.byrevelry @sea_kemp

Located in downtown Charleston, you can sip on one of Revelry’s cans while enjoying a pretty awesome view from their upstairs deck. Or, come on a Friday, Saturday, or Sunday and catch some live music. They’re open seven days a week with varying hours.

It’s a sunny Wednesday and we are Open 4-7! Closed tomorrow for Thanksgiving. Big Boned BBQ is here and we’ve got cans for your holiday festivities. #organicbeer

194 Likes, 2 Comments – COAST Brewing (@coastbrewing) on Instagram: “It’s a sunny Wednesday and we are Open 4-7! Closed tomorrow for Thanksgiving. Big Boned BBQ is…”

COAST has six cans to choose from including two IPA’s, one pale ale, an imperial stout, an American brown ale, and a German-style ale. This brewery is a family-owned craft brewery residing in an old Navy base in North Charleston. You can stop by the tasting room on Thursday, Friday, or Saturday for a taste.

Whether you’re preparing for the apocalypse or another Charleston ice storm, make sure you support your local breweries and stock up on your favorite beer. 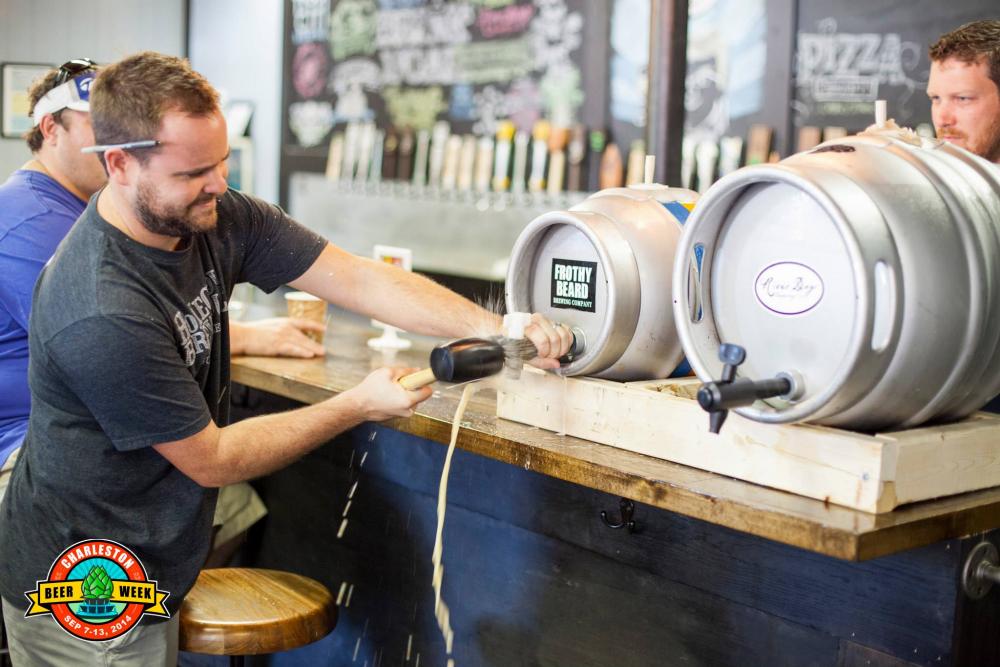 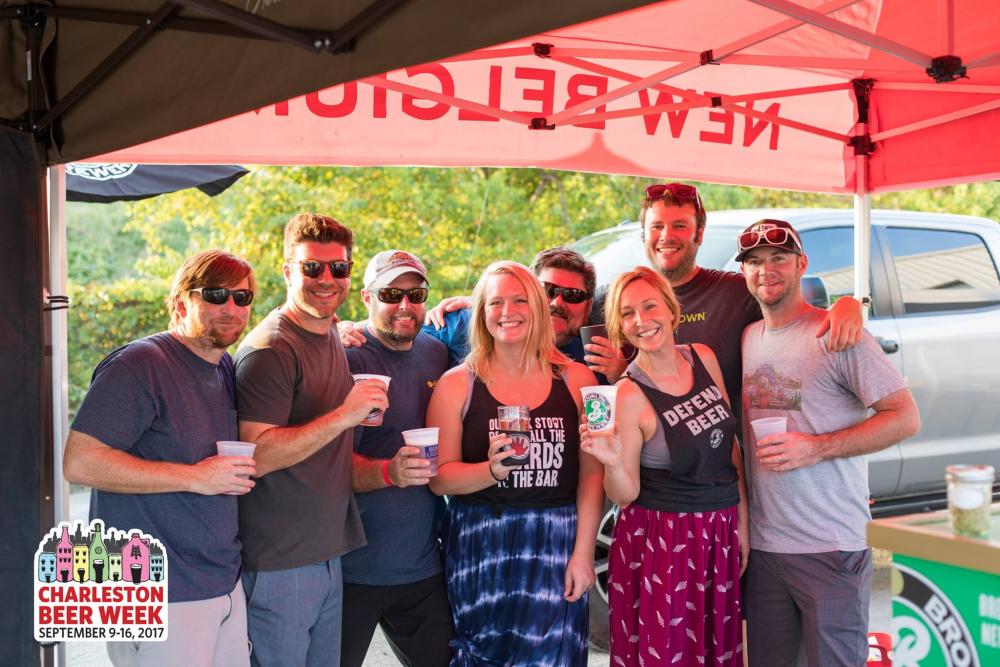 The fifth annual Charleston Beer Week will be held from Saturday, September 9th through Saturday, September 16th at participating venues throughout the greater Charleston area. As a result of the continued growth and successful outcome in recent years, another day has been added on to the event, resulting in a total of 48 events over the eight day period.

Charleston is now home to 19 breweries, with five more under construction and expected to open by the end of the year. Many existing breweries are undergoing expansion efforts, while new craft beer-focused businesses have also opened their doors over the past year. For example, Frothy Beard Brewing Company located in West Ashley more than tripled their brewing capacity just weeks after opening in early spring. 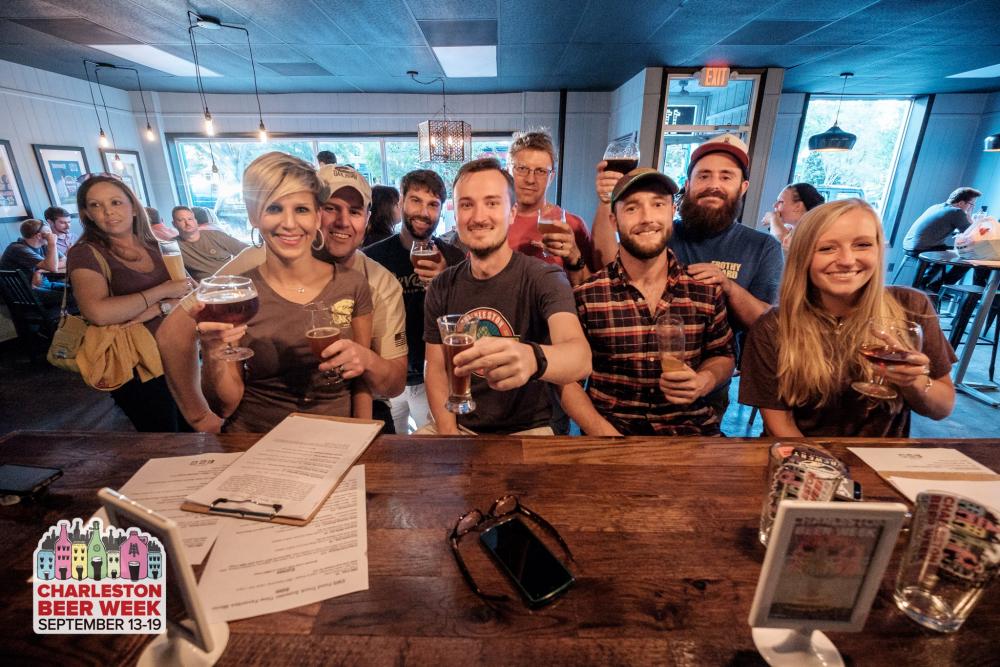 While local breweries will be a primary focus for the week, events will also feature many regional and national brands, making for a diverse lineup which will appeal to a broad audience. Many events feature “one-off” beer releases, often brewed specifically for the week, while other events feature various food pairings, collaboration releases, tastings and style-specific offerings.

All 48 events will be posted to the official website http://charlestonbeerweek.com over the next two weeks, with event announcements taking place on social media. 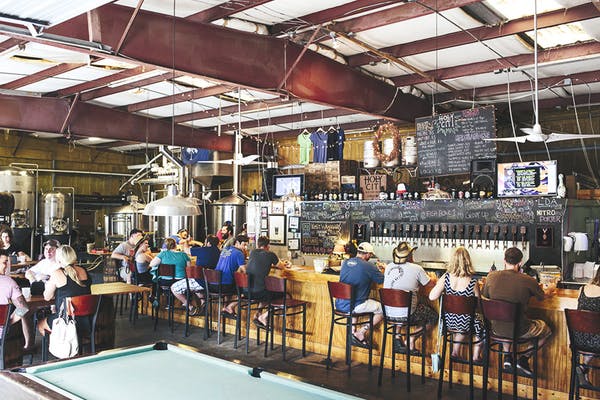 The beer scene in and around Charleston has been exploding recently. If you are among many of the other beer carnosaurs around here, this list is the perfect guide on where to get some of the best beer in town. These are some of our favorites – they are not in any particular order.

Located in North Charleston at 2895 Pringle St B, Freehouse Brewery is known for being family-friendly, having great beer and live music along with a pet-friendly patio. Offering 10 beers on tap daily, people come from all over to enjoy not only the beer but the fun atmosphere. 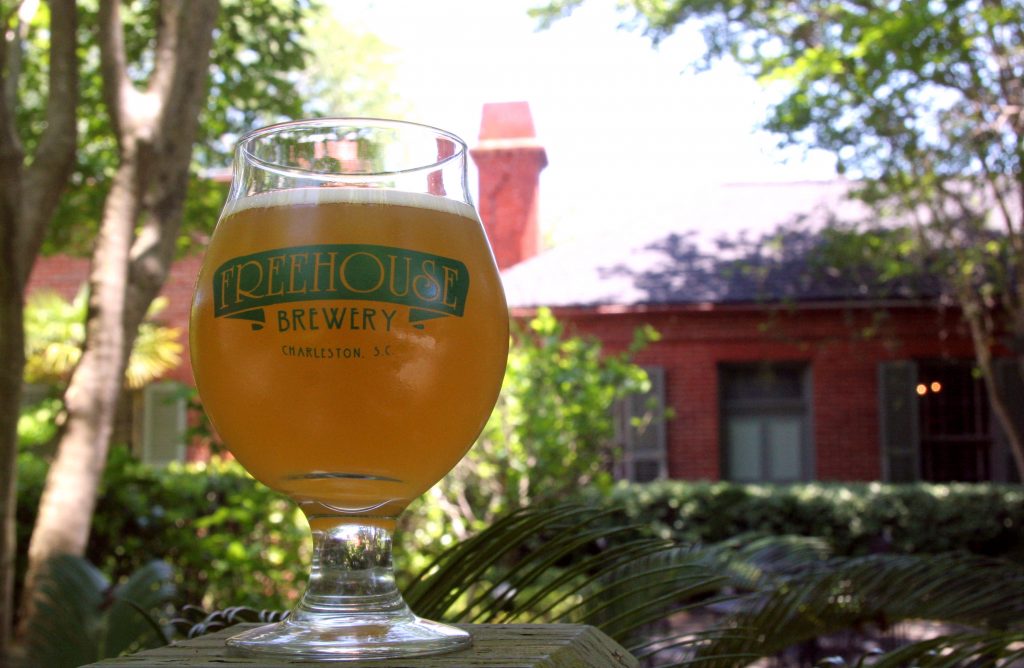 Frothy Beard Brewing Company is a one-of-a-kind place with one-of-a-kind service. As if having Charleston’s largest indoor taproom wasn’t sweet enough, Frothy has a whopping twenty beers on tap. Take advantage of the “kids corner” where your little ones can play while you enjoy your beer and pizza from Zombie Bob’s, which is located inside of Frothy. They also offer their own craft soda and popsicles for the little ones too. While visiting, feel free to lounge around inside, upon the inside deck that overlooks the brewery, or the pet-friendly patio outside! Go visit them at 1401 Sam Rittenberg Blvd. You won’t be disappointed! 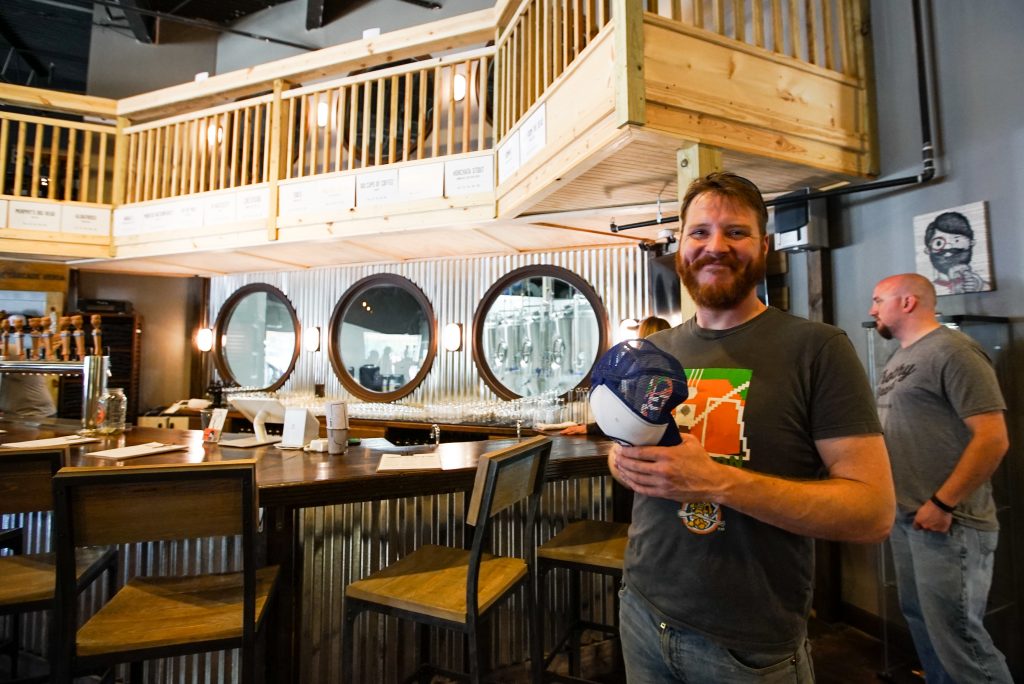 This brewery is also located in North Charleston at 4155 Dorchester Road. With 13 beers offered on tap, along with a selection of wine, Holy City Brewing has a drink to satisfy anyone. Come and enjoy their pool table, soft pretzels, live music, and also take a free tour of their taproom!

Charles Towne Fermentory focuses on creating beers that are made with traditional ingredients and fermentation. Having a smaller selection of only 5 beers on tap, CTF still makes its way to the list. They also offer a large assortment of food, ranging from BBQ, ribs and even tacos. Check them out at 809 Savannah Highway.

Revelry Brewing Company just recently added a new upstairs deck and it is the perfect place to enjoy one or two of the 15 beers they have to offer in the beautiful Charleston weather. If you’re down for a fun and large crowd feeling- this place is perfect for you! Come and join the party at 10 Conroy Street.