Featured Image Credit: today.cofc.edu
Every Charlestonian knows that you can’t survive in the Holy City without a good pair of rain boots. At one time or another, we have all experienced our cars under water, our street completely submerged, and having to walk knee deep in street water. When it rains in Charleston it pours, and flooding is a given.

The Greater Charleston area has experienced drainage and flooding problems since its founding more than 300 years ago. It is difficult to drain a city that is surrounded by water, next to the ocean, and only a few feet above sea level. To find a resolution to the flooding in Charleston, we need to have a better understanding of what happens when the rain falls. 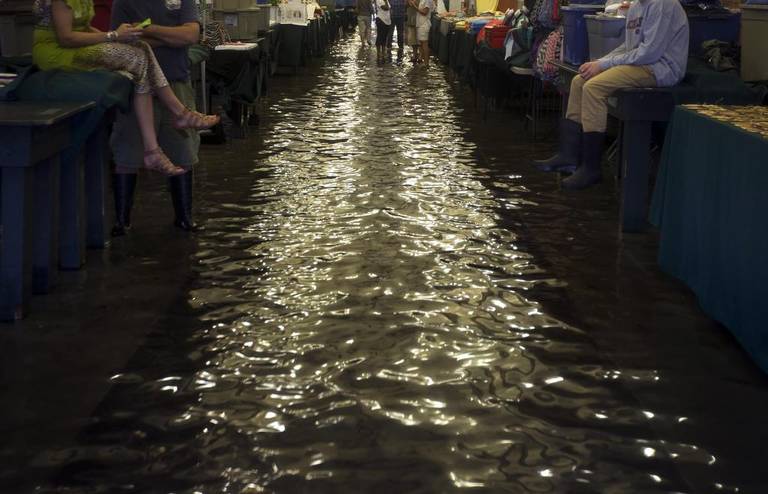 Most people assume that rain falls at the same rate, at the same amount, at the same time over an entire area. But these assumptions are just not true. Rain greatly varies spatially and temporally. So while you might be up to your knees in water by your house, the streets are dry around your neighbor’s house just a few blocks away. Isn’t mother nature great?!

The challenges we face in draining the City during and after a storm are both natural and man-made. The tide cycle has a huge impact on how severe flooding will be, along with man-made inlets and the terrain.

So what is the City of Charleston doing about the flooding? They are working toward resolving all drainage problems in the most effective and cost efficient way possible. The most practical solution for the flooding is to build pump stations for the most flood-prone areas. Two pump stations have already been constructed on the peninsula: the Concord Street pump and the MUSC pump.

Plans for a similar pump station and deep tunnel system are in the works under the Spring/Fishburne/US17 Drainage Improvement Project. Covering 20% of the peninsula, it is by far the largest project the City has undertaken with a budget estimated to exceed $100 million. 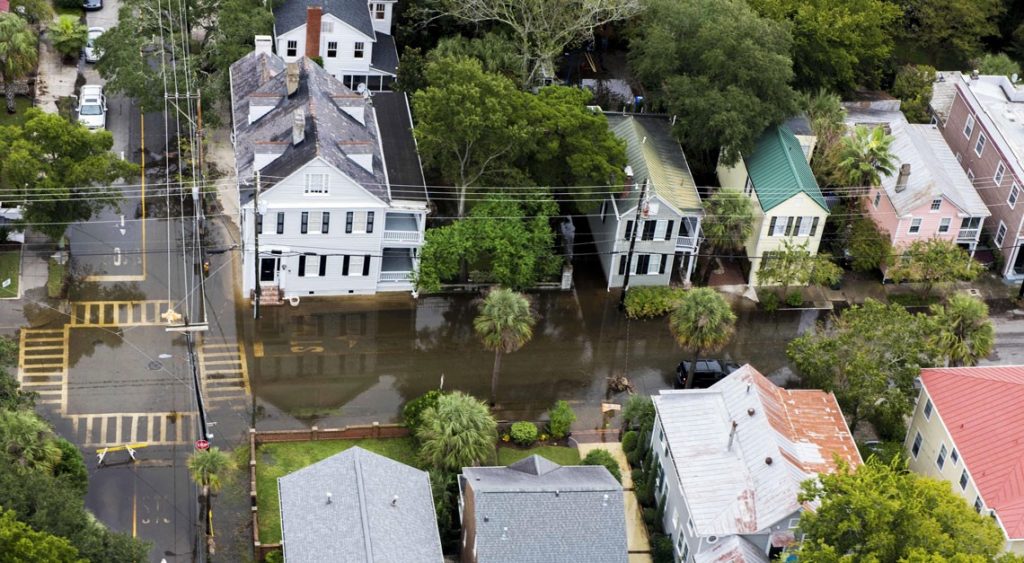 As a Charlestonian, what can we do about the flooding? Investing in tall rain boots will help immensely, but residents actually have an enormous influence on city drainage. One of the biggest drainage challenges faced in the Lowcountry is trash.

If we can keep trash and debris off of the streets and out of the storm drain systems, we can significantly decrease the flooding. Making sure your trash cans aren’t swept away by the floods and keeping storm drains unclogged is a major help to the city.

So the next time you strap on your handy dandy rain boots, keep in mind how you can help out the Holy City in keeping the flooding down and ensuring that your walk to King Street isn’t ruined by incoming waves of flooding.