It’s only been a year since Lagunitas Charleston Taproom and Beer Sanctuary opened its doors at 161 East Bay Street. But the business recently announced that they will be closing indefinitely for construction.

The old F.W. Wagener Building was constructed in 1880 by architect Francis Lee. When Lagunitas took over the historic property from former tenant Southend Brewery last June, plans for renovations and cosmic changes were quickly put into action. The California brewery promised a “cornerstone location” for the Southeast region. 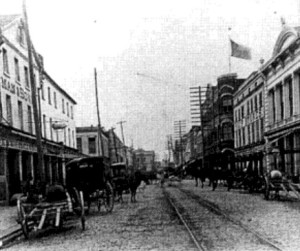 East Bay Street in the mid 1880s. The Wagener Building is on the right, with the flag. Image Credit: Poston, 1997

However, many were disappointed with the new look. Couples who had standing wedding reservations in the space were second guessing whether or not to have their scheduled receptions in the space. One bride told Charleston City Paper last year how disappointed she was. “It basically goes from rustic and historic to looking like someone’s garage. I know a lot of other people have been affected.” As a result, many couples cancelled their plans to have a wedding reception there.

Now, the taproom and the beer sanctuary has closed and employees have been let go so that the structure of the building can be squared up. 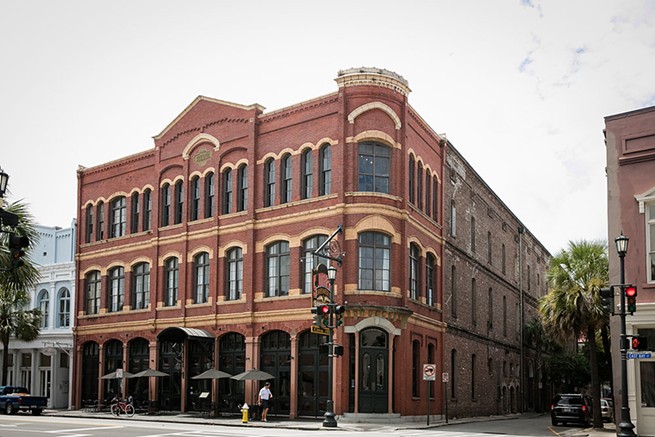 “We’ve been working on the interior structure since last September and for the last four months, we’ve had scaffolding up on the exterior,” says Karen Hamilton, Lagunitas’ marketing director. “After we took it over, we discovered that the building needed a lot of work! Once we realized the extent of it, we knew we could no longer do the work while open to the public.”

Currently, Lagunitas does not have a timeline for reopening. This only makes us wonder about many other businesses and buildings in the historic district of downtown Charleston. How much longer can these aging buildings stand tall and strong? Will more reach a point of no return without more provocative steps?