We all go a little nuts for peanuts, but did you know that boiled peanuts actually play a role in South Carolina’s folk and cultural history? According to SCIWAY.net, the official state snack dates all the way back to the Civil War. The Confederate troops relied on the nuts as an important source of protein by boiling the peanuts in salted water to sanitize them.

According to food historian Becky Billingsley, peanuts can actually be dated all the way back to African slaves. They were fed raw peanuts from their homeland while on the slave ships coming to the United States. The slaves continued to grow peanuts in their gardens and eventually introduced them to their masters’ families. From there, the growth of peanuts grew exponentially. 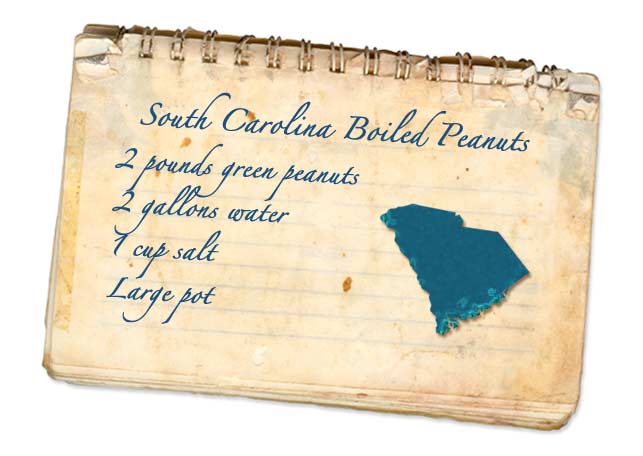 The Gullah culture is a very large part of Charleston history as well. They called peanuts “nguba” which was later adopted into the well known word for peanuts, “goober.” Peanuts are also not actually nuts! They are part of the bean family and begin as a ground flower rather than growing on trees. The weight of the flower forces it to mature under the soil, giving it the name “groundnut.”

Boiled peanuts are good for you too! They are a great source of vitamins and minerals, fiber, and antioxidants. Today, people still celebrate the peanut with annual events like the South Carolina Peanut Party in Pelion. The famous little nut is a big part of our southern history and culture

Want to make your own South Carolina boiled peanuts? Here is an easy recipe: