You might have noticed that the summer heat is here in the city of Charleston, and the local carriage companies are taking extra precautions in making sure that their animals are safe in the sweltering summer sun.

Horse carriages were ordered to return to their barns due to the hot temperatures in the Lowcountry on July 5th. The hot afternoon heat peaked around 2:40 p.m. and exceeded the heat limit for horse carriage operation in Charleston at 95 degrees. By 4 p.m. later that afternoon, the temperatures dropped below the 95 degree limit. However, carriage company operators voluntarily chose to keep the horses off the streets for the rest of the day. 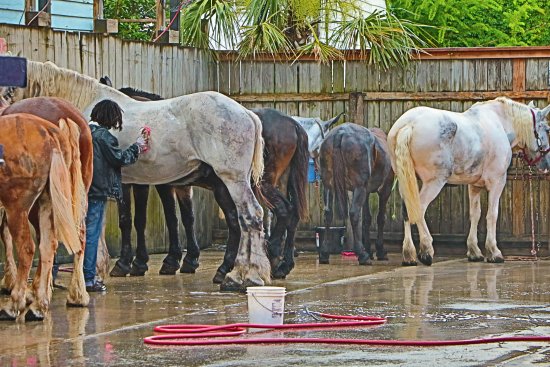 Carriage companies are very conscientious about the health of their stable animals.Image Credit: Tripadvisor

This decision received much media attention as the carriage industries in Charleston have been under fire for the treatment of their animals. Many extreme animal activists have caused more harm than good to the animals of the carriage industry. Just a few months ago, a woman dressed in a T-rex costume intentionally spooked a horse, putting the customers and the driver in danger.

Many assumptions are made about the horses and the carriage ride business, but these animals are actually very well taken care of. Palmetto Carriage Works, one of the carriage companies in downtown Charleston, takes the temperature of their horses after every ride and have daily morning safety meetings to ensure that everything is in order for the day. The horses are also guaranteed plenty of rest and take months at a time off at their farm.

The city of Charleston has recently made a few changes to the carriage tour business regulations to ensure the best safety for the animals. They lowered the heat limit for horse carriage operations from 98 to 95 degrees along with lowering the heat index from 125 to 110 degrees. 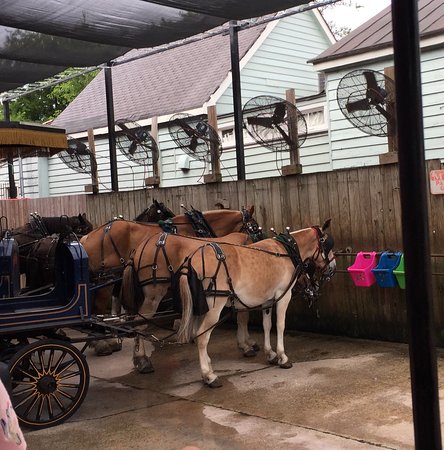 The carriage industry operators know the needs and safety precautions of their animals more than anyone. The animals work side by side with the employees everyday and have become a part of their family. None of those workers want to put them in harm’s way. The importance of the animal’s safety to the carriage industries was proven on July 5th after they were given permission to start tours again, but they decided against it. They put the safety of their animals first, as always.

Animal activists have hyped up a mistreatment of horses that is simply nonexistent. The city of Charleston does a great job of caring for its animals and hold the carriage industry to extremely high standards. So next time you see a carriage tour riding down the streets of Charleston, you can be confident that they are in the best care. Maybe you can even hop on for a ride yourself!