If you’re a fan of live music, there are plenty of great places in Charleston for you to enjoy a show. I mean we’re home to Hootie & the Blowfish, so duh!

These are just a few of the best places in Charleston offering great live music, Charleston vibes, and sometimes (fingers crossed) free entry.


Charleston Pour House offers one of the best live music experiences in Charleston. Their mission is to be the “regional epicenter for music lovers, artists, and other like-minded individuals”. They welcome local musicians and touring bands of all levels to their stages. On a nice day, you can catch a show on the back deck in the afternoons and early evenings. Don’t worry though, the music doesn’t stop when the sun goes down, it just moves inside.


Located in the building that was once the local source for commercial ironwork, the Royal American welcomes music acts of all levels. They are home to some seriously delicious bar food (you have to try the beef jerky), cheap beer, and some of the best live music acts in town. Royal American is proudly a dive bar located on Morrison Drive on the outskirts of downtown Charleston.


Named for the definition of Revelry – lively festivities, while enjoying beer – this venue is where you want to go if you want a large selection of local beer, an upstairs deck that screams Charleston, and some awesome live music. It’s truly a Charleston gem and definitely a local favorite.


What happens when you combine a Brooklyn legend and a group of hospitality pioneers? Uptown Social. It’s one of the hottest bars in Charleston and with good reason. They have a total of four bars which means you can grab a drink without missing any of the show whether it’s downstairs, upstairs, or on the back deck. Helpful hint: GET THE PIZZA.


One of the best bars on King Street, Dispensary offers nightly live music, killer specials, and a mouthwatering brunch on Sundays. There’s nowhere else you can enjoy $6 burgers and fries, $3 bourbon, and some of the best local music acts, but here. As soon as you order a drink the staff makes you feel like a friend and the atmosphere is one of the best in Charleston.

Grab your friends and head to one of these venues to catch some pretty amazing talented musicians.

No matter what kind of music you’re into, Charleston’s concert scene is sure to have something that matches your taste. Whether you favor hard rock or classic country, this list of upcoming concerts in Charleston will fulfill your musical desires. There’s even a free option, too!

Tickets are just $5 at the door, so plan on getting there early to see The Midnight City Band. These Charleston natives are known for their ability to play a wide variety of music to pump up the crowd. Their style of music is most commonly referred to as ‘shag/country’. And the band’s common saying is: “We want to make you dance.” So, put on your dancing shoes and head to IOP next Friday to hear this fun group play live.

About the venue: Outside stage on the beach

Looking for something to do with your Thursday night? Mark September 6th off on your calendar and head to this free concert on the beach. The Windjammer is hosting Charleston’s contestants of NASH NEXT. The contestants will be competing at this outdoor venue for a chance to take their talent to Nashville. If you love finding new music up-and-comers, this event is for you. Save your spot here.

About the venue: Outside stage on the beach

Alan Jackson is on his “Honky Tonk Highway Tour” and Charleston is his next stop. Cancel your usual Friday plans and come listen to country classics like Remember When, Where Were You and Living on Country. If you are a long-time country music lover, this concert is for you. With 34 number-one hit songs, Alan Jackson is sure to take your breath away when you hear him sing live. This 14,000-seat arena will be filling up fast with country music lovers from all over. So, get your tickets soon and watch this country music legend perform some of his hit songs.

This band is best known for their hit “Feel it Still” and they’re still shocked at their success. By 2014, they had produced 7 albums together but didn’t see much response to their efforts until this year. “Feel It Still” was the most-Shazamed song for 7 weeks running, proving the song’s widespread appeal. Their music is best described as ‘indie rock’, but all kinds of music-lovers have an affinity to Portugal’s music.

Grab a ticket while you can because these hard-working Alaskan natives are getting big, and FAST. They will be performing in the 10,200-seat Volvo Car Stadium at Family Circle Tennis Center on Sunday, September 16.

About the venue: Open-air stadium seating up to 10,200

These two recently unknown artists are going to be playing for a huge audience at the Volvo Car Stadium at the end of September. Both artists are fairly new to the country scene but have gotten popular quickly. Their widespread fame stems from their relatable song lyrics and catchy beats. If you’re not into country oldies like those by Alan Jackson, give these two singers a chance. Their unique takes on country music have freshened up the country music scene and gained a wide and diverse audience. See what the buzz is all about next month at the Family Circle Tennis Center.

About the venue: Open-air stadium seating up to 10,200 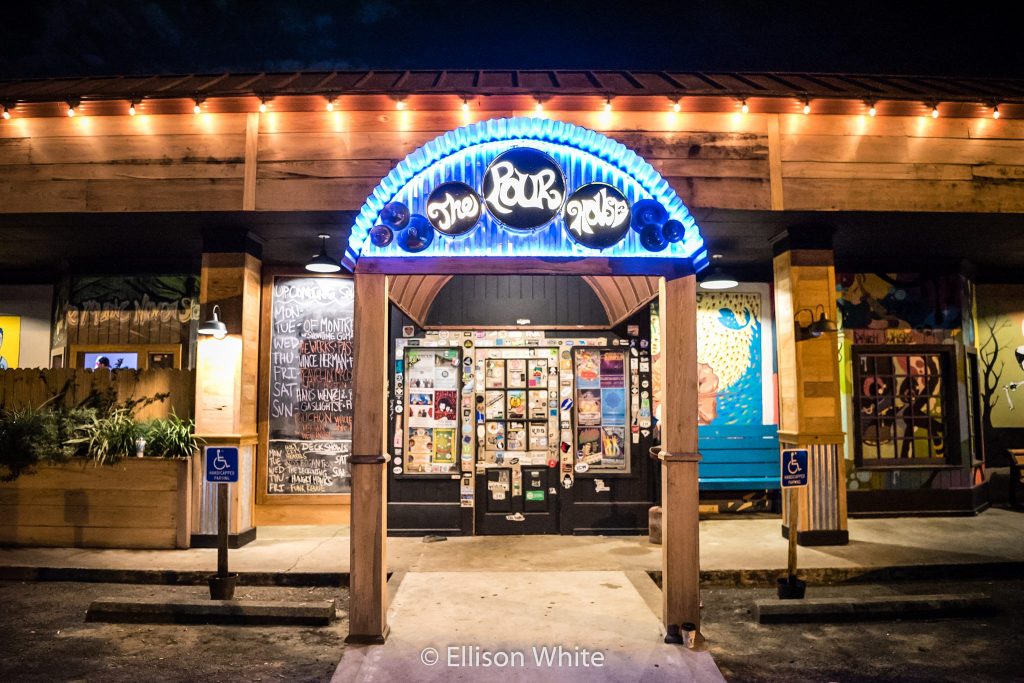 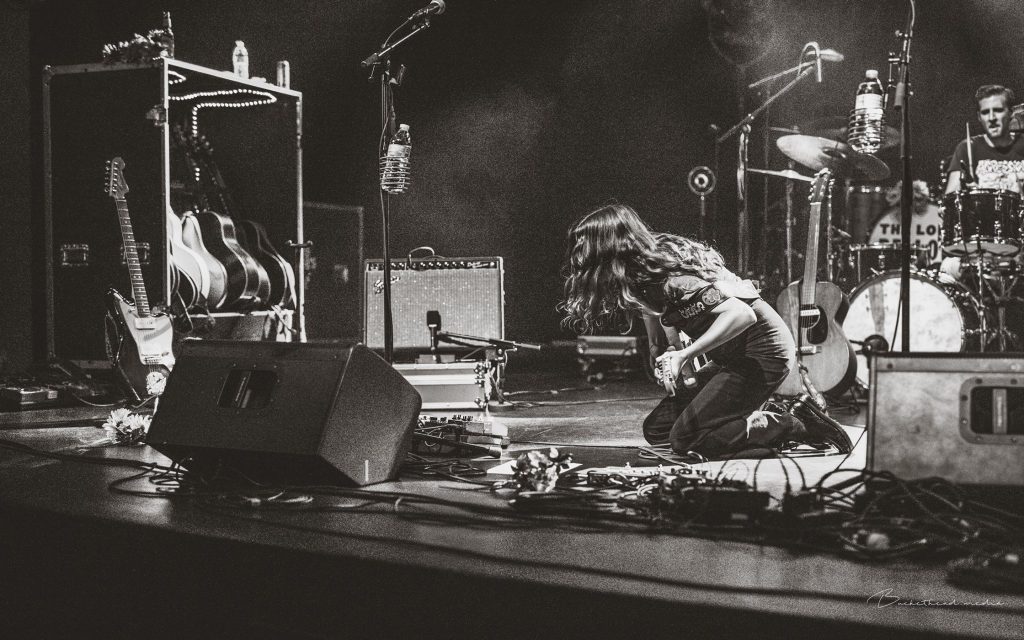 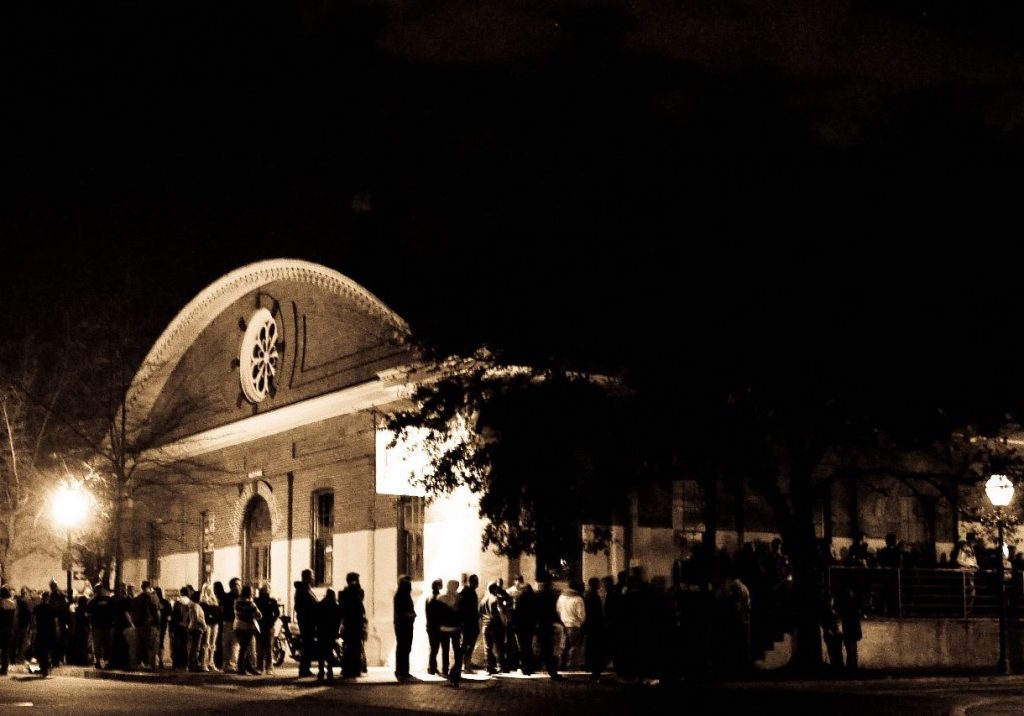 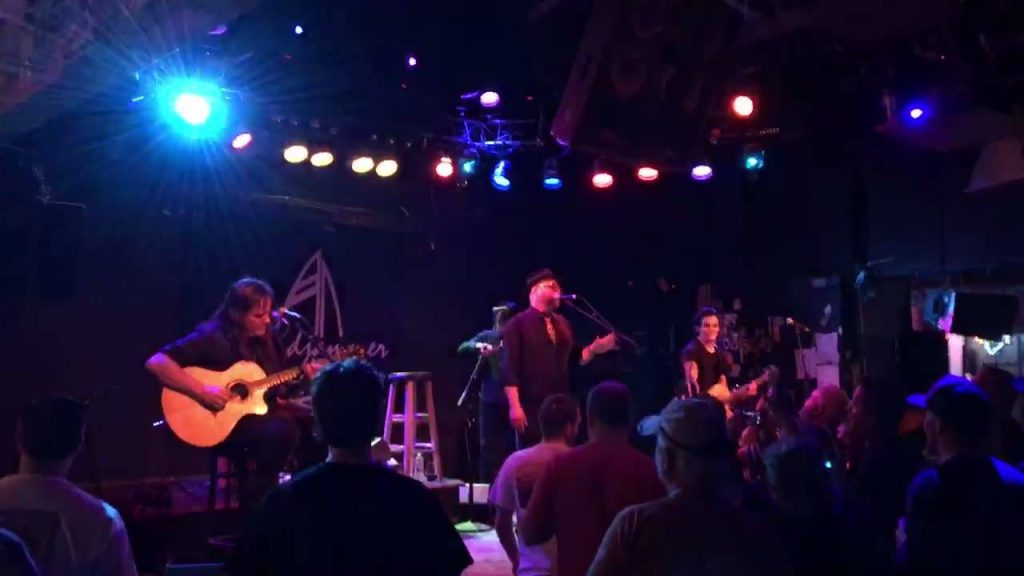 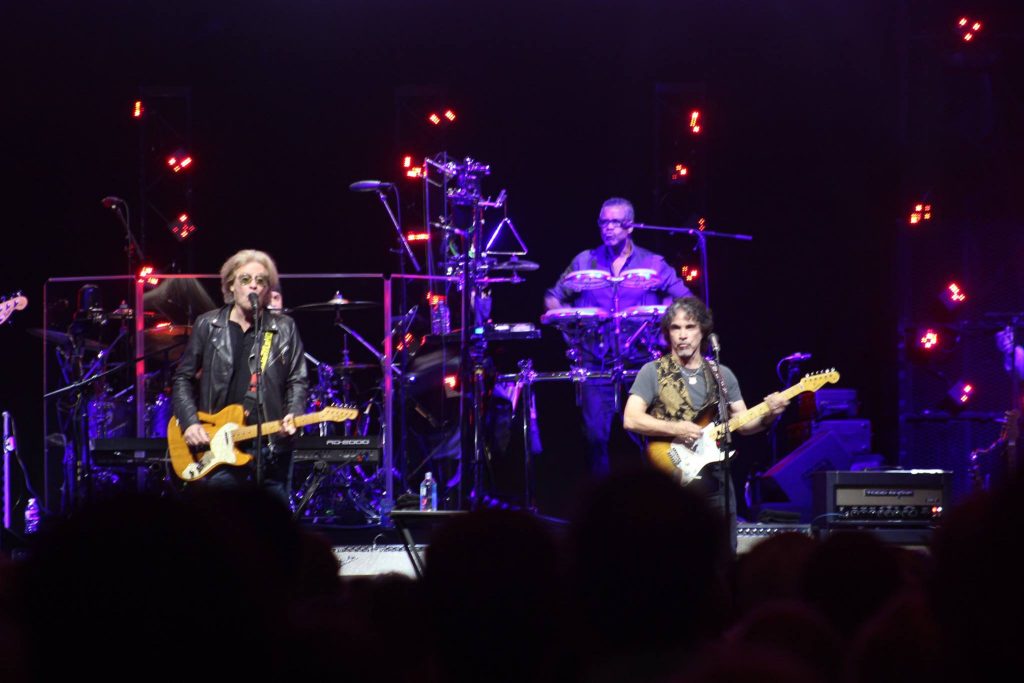 Holiday excitement doesn’t die down after Christmas. After presents have been unwrapped and carols have been sung, there’s still New Year’s Eve to look forward to.  And you should say goodby to 2017 and hello to 2018 in style.  There are a lot of parties to choose from, so here are a few of our favorites that still have tickets available. 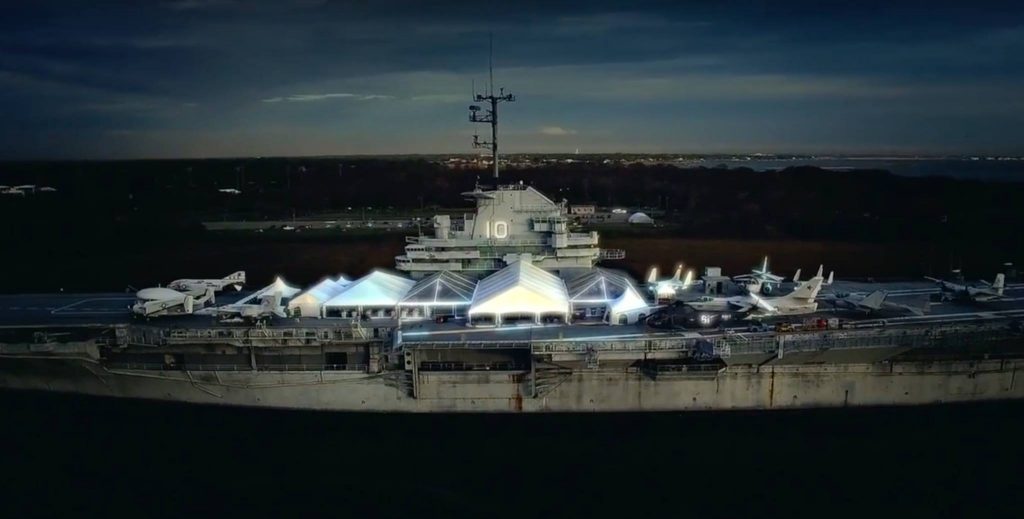 There’s nothing quite like ringing in the New Year in Charleston Harbor. This party includes all the essentials: music, dancing, and an open bar. Plus, the amazing views from the deck of the USS Yorktown Aircraft Carrier. While general admission tickets are sold out, if you act fast you can score some VIP tickets and get access to special extras. 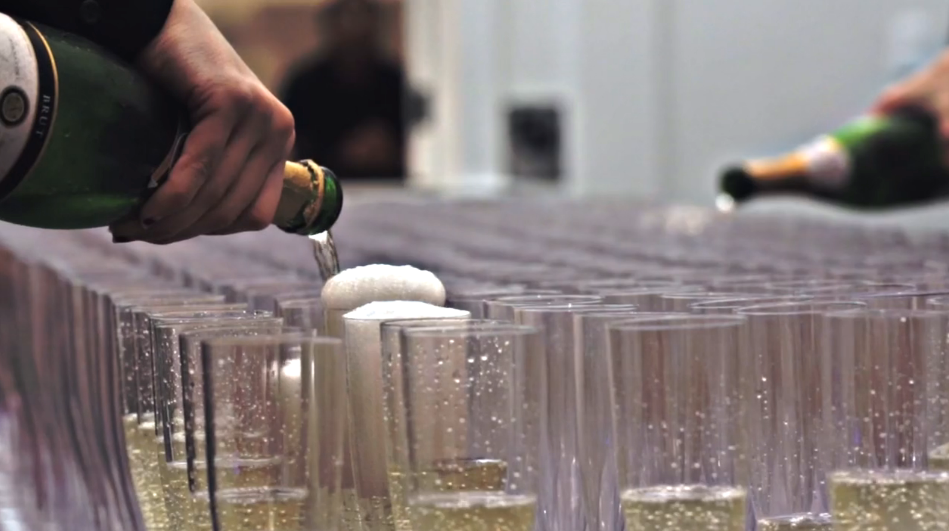 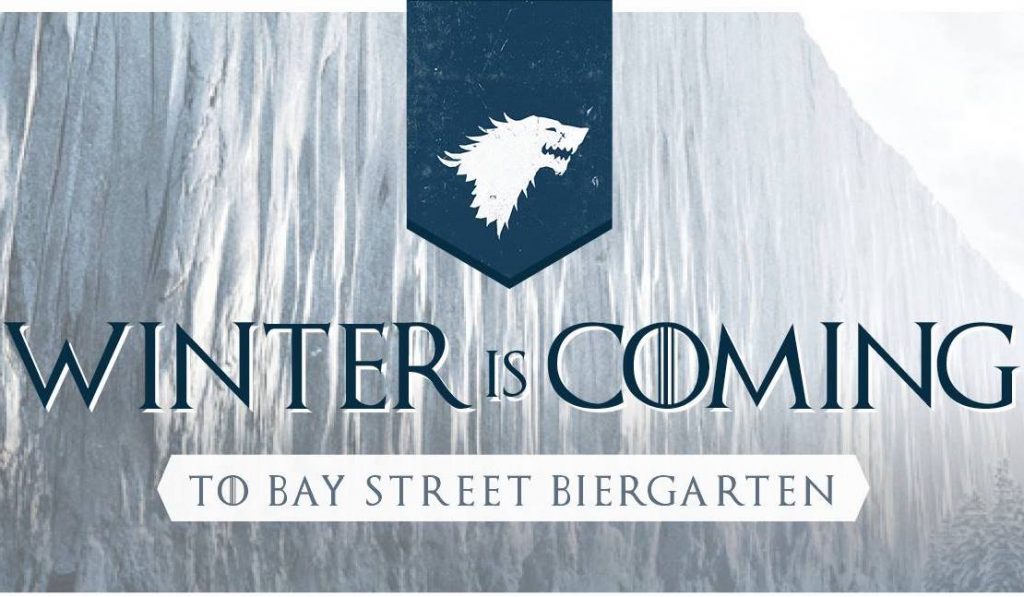 This will be a party fit for the King of the North at Bay Street Biergarten. The ice-themed party will include ice bars, ice luges and maybe even a dragon. Guests are invited to dress up in their “finest garments and warmest furs” and best dressed will be crowned King and Queen of the North. You’ll enjoy “haus” liquor and wine, select bier, hors d’oeuvres and a buffet. 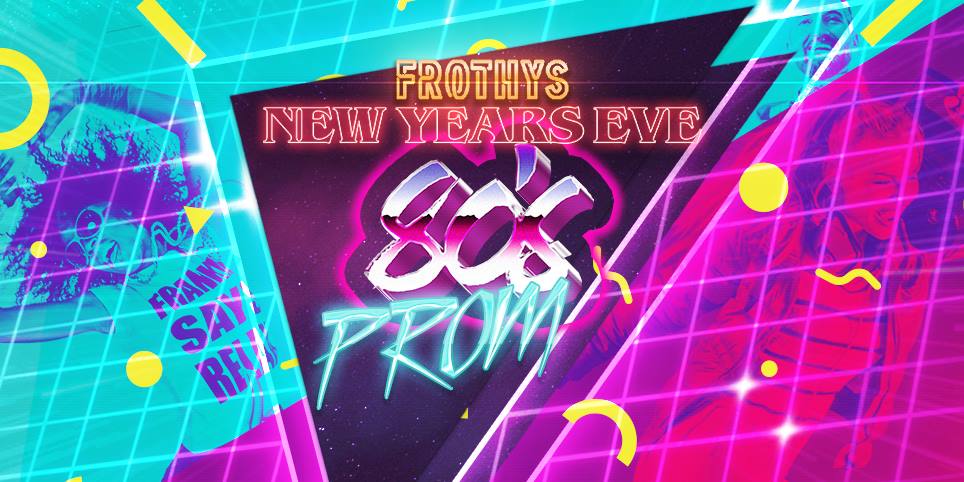 To enjoy a throwback NYE, hit up Frothy Beard for 80s Prom. The party starts at 8 pm and goes until 1 pm. Tickets include a food buffet and a champagne toast at midnight. Plus, there are sure to be plenty of 80s grooves to get down to. So put on some taffeta and tease your hair for some fun. 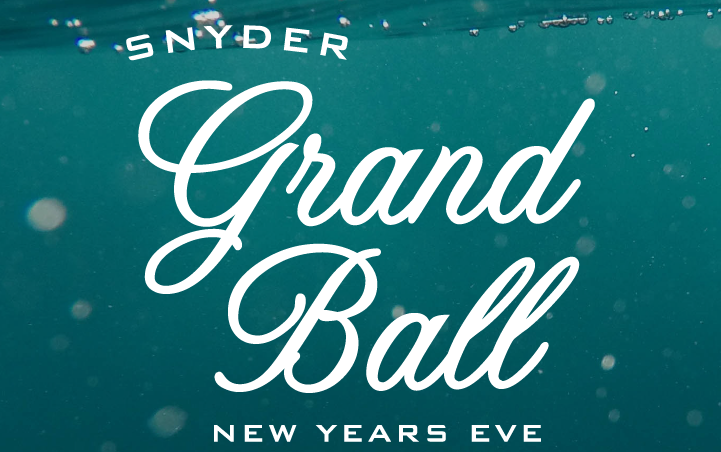 This annual event held at the South Carolina Aquarium is a crowd pleaser every year. With live music from David Higgins Band in the Main Foyer and tunes from DJ Natty Heavy in the grand hall, you’re sure to be dancing until midnight. And don’t forget to take advantage of the premium open bar. Heavy hors d’oeuvres will also be served. You still have a limited time to get your tickets.