Mixson Burgers & Brews recently opened their doors in North Charleston’s Park Circle and is quickly becoming a hotspot in the area. The space was previously home to Holy Cow Burgers & Brews but has since changed ownership and undergone some updates.

Mixson Burgers & Brews is not only famous for their mouth-watering burgers and ice cold brews, they also offer wings, wraps and salads.

Shontea Jones Taylor, owner of Mixson Burgers & Brews, has also added some fresh additions to the restaurant including Taco Tuesdays, where patrons can enjoy specialty tacos every Tuesday from 4:00 pm to 8:00 pm. Taco Tuesdays also come with $5 margaritas, $4 tequilas and $3 chips and salsa.

Check out Mixson Burgers & Brews soon to see what all the hype is about!

The 15th annual St. Paddy’s Day Block Party & Parade in Park Circle, the biggest St. Patrick’s Day celebration in the Charleston area, is back on March 10 from noon to 6pm.

The festivities begin with the parade at noon which goes to East Montague through the block part and ends at Virginia Avenue.

Following the parade the real fun starts with the block party, that is fun for the whole family. From 4 different stages full of music all day to multiple vendors, food, drinks and more you’ll be shaking your shamrocks all day (and maybe into the night) long.

For the little ones there will be a Kids Zone with fire trucks, jump castles, inflatables, face painting and a bungee trampoline.

Admission and parking are all free, though parking is very limited. Free parking is located on O’Hear Avenue by accessing Virginia Avenue from 1-526 East. If you want to live that VIP life and park close to the party VIP Parking will be available at North Charleston High School for $5. All proceeds will benefit the North Charleston High School PTSA and Senior Week activities.

For more information check out the official Facebook event page.

Park Circle has something new up their sleeves and it’s got all of us extremely excited.

Where are all of our Workshop fans at?

Get ready because a former textile mill in the Park Circle area of North Charleston is turning into a new 20,000 square foot, two-story FOOD HALL.

The developers behind the Cigar Factory and the infamous Krog Street Market are teaming up to redesign the space. It will feature 16 vendors, an outdoor pavilion and tons of parking.

The goal is for the project to resemble the Atlanta version, which has over 20 market stalls and six James-Beard nominated chefs.

The North Charleston food scene has started to boom in the past couple of years and it doesn’t look like it will be slowing down. The hope for the new food hall is that it will act as the center of attention for the Park Circle area.

Stay tuned for more updates as they come. 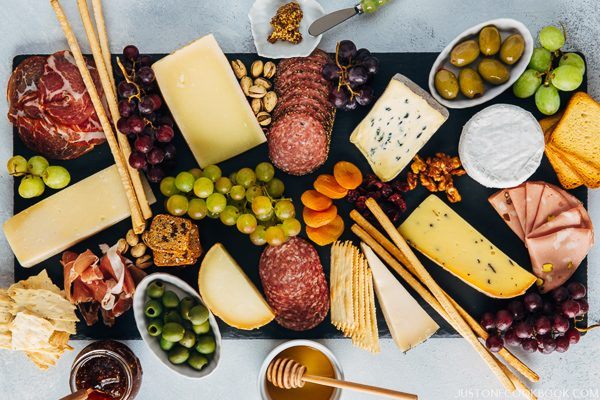 Charleston is definitely coming into its own as a food city. Visitors and locals alike flock to well-known places like Husk and the Hominy Grill for delicious fare. But what if you’re more in the mood for something off the beaten path? There are plenty of hidden gems in Charleston waiting to be discovered. So, next time you’re in time you want a great meal in Charleston, try one of these five hidden gem restaurants. 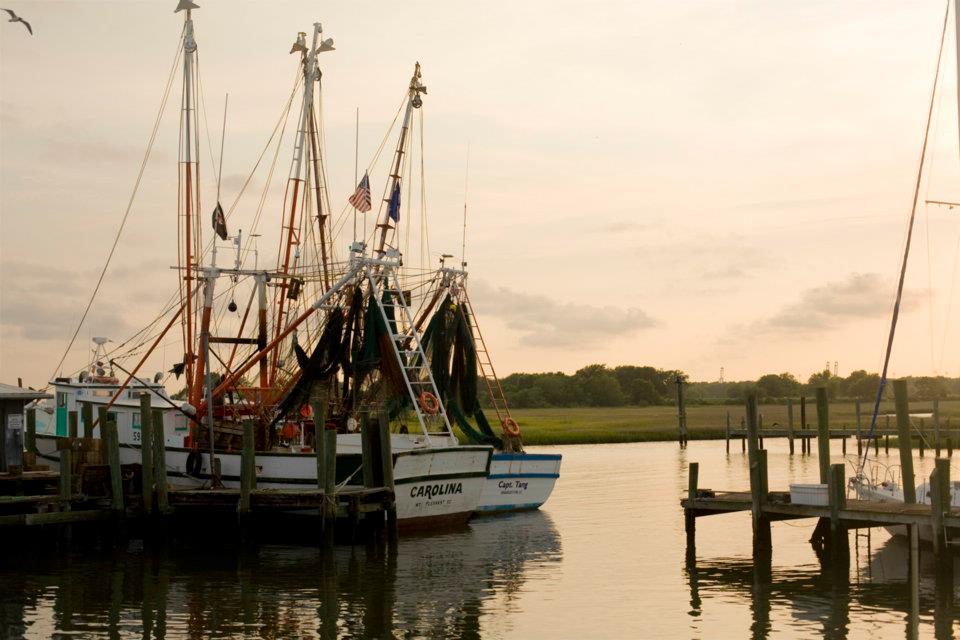 Image Credit: The Wreck of the Richard & Charlene Facebook

Put this Charleston hidden gem on the list of While the complete name of this waterfront establishment on Shem Creek is The Wreck of the Richard & Charlene, locals know it simply as The Wreck. The atmosphere here is very casual but the seafood is as fresh as can be and prepared with expertise. Diners rave about the shrimp, scallops, hush puppies, fried platters and other specialties. 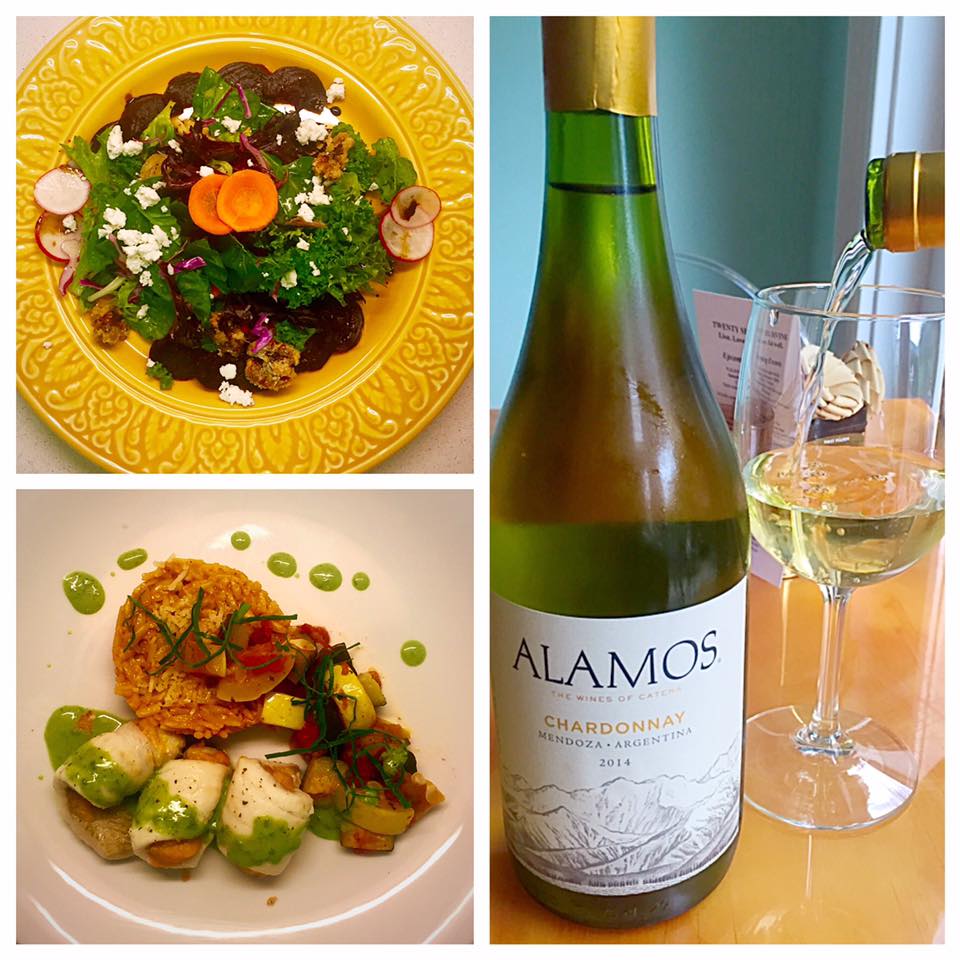 For a private dining experience the you’ll never forget, try a dinner at Twenty Six Divine.  The dining room in this hidden gem started out with one communal table and is perfect if you’re planning an event for up to 18 people. If you’re not looking to schedule a private event but want to delight in the delicious dishes and homemade sweets, afternoon tea is available by reservation Monday – Saturday 11:30 to 4:30. Also, wine tastings at Wine Down Wednesday take place every third Wednesday and include complimentary hors d’oeuvres and petite sweets. 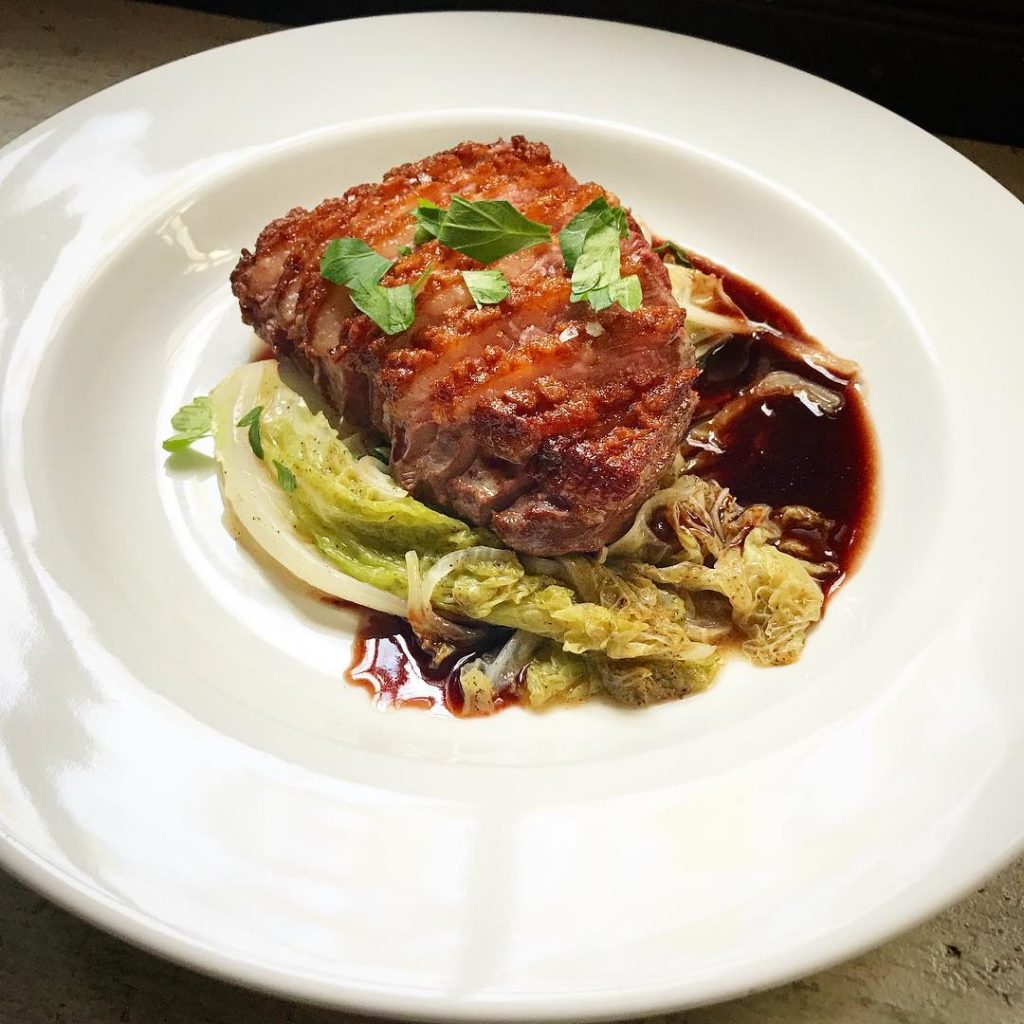 This hidden Cannonborough spot is tucked away from the main drag on Payne Court in downtown Charleston. The menu changes daily so to know what you’re getting into you need to follow them on Instagram. However, even if you don’t know what’s in store, you’re sure to be delighted by this French-inspired restaurant. The menu is limited but diners rave about the cozy atmosphere and the quality of the food. 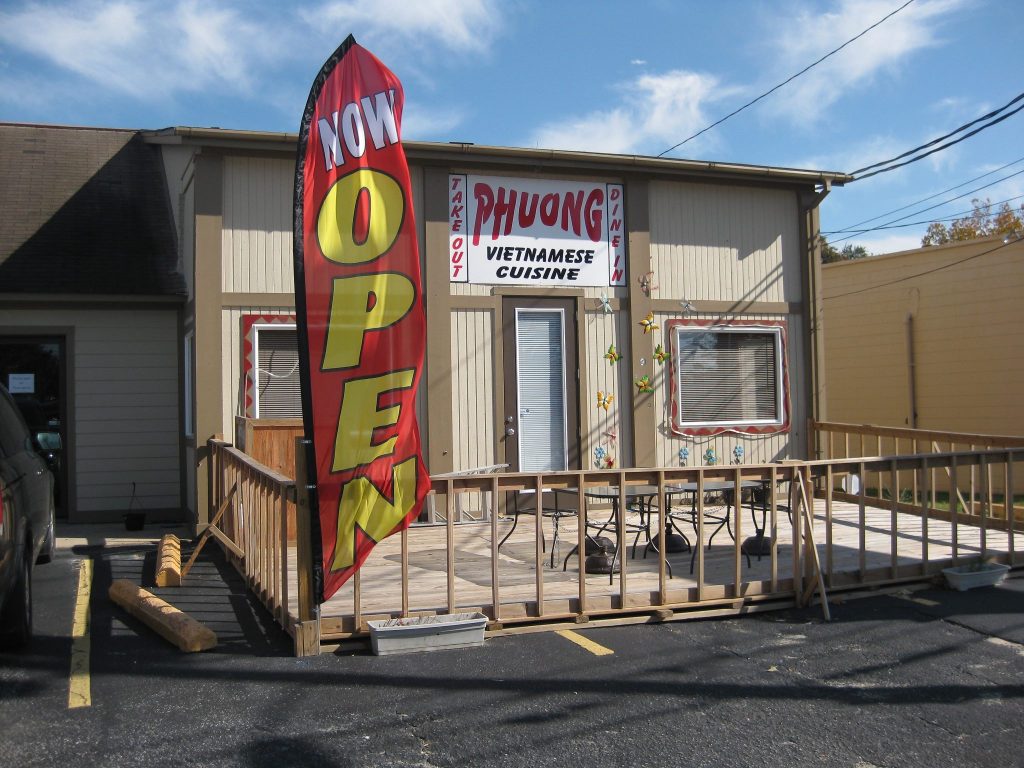 This hidden gem in North Charleston isn’t much to look at on the outside, but inside you’ll find some of the best Vietnamese cuisines you’ve ever had. The experience of the chef and staff make the dining experience as authentic as you can get in Charleston. Longtime fans of Phuong may know that it started out as Pho No. 1 which was located in H & L Asian Market, which is another place you should make time to visit. 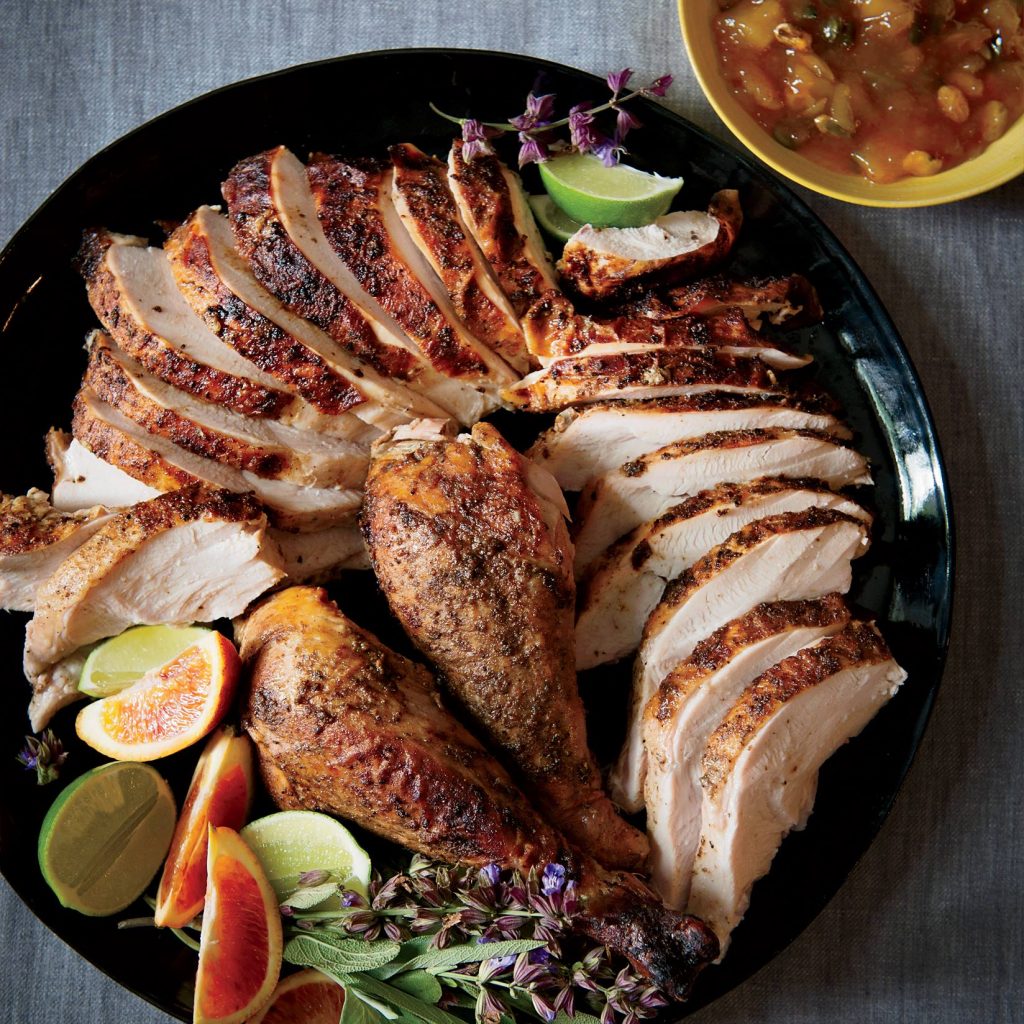 For authentic southern soul food, there’s no place quite like Bertha’s Kitchen. Located on Meeting Street Road, this hidden gem reminds diners of eating at their grandmother’s house on Sunday. People rave about the chicken and homemade sides like macaroni and cheese and cornbread. This Charleston staple was recently awarded the 2017 America’s Classic Award from the James Beard Foundation. So it might not be hidden much longer!

The Democratic senator said in a letter to board members, “The obvious lack of ethnic minority businesses inside the airport brings into question your commitment to inclusionary practices,” referencing how there is not a single African American-owned or -operated business in the Charleston airport.

A fellow state lawmaker and Aviation Authority CEO Paul Campbell responded with a plan to offer opportunities to minorities. It includes opening five kiosk stands throughout the terminal comprised of qualified businesses, some of them minority-owned. If these kiosks see a success in sales, the second part of the plan would be to move into the two vacant storefronts located beyond the security checkpoint.

This two-step plan takes into account the expenses of moving a vendor into these spaces. A business owner will have to invest around $500,000 upfront, not to mention the money it will take to stock the store. Campbell explained this carefully thought out process saying, “I don’t want to set someone up for failure. Let’s make sure they have a product that sells.” The first kiosk could open as early as December.

With this plan put in place, Kimpson doesn’t believe the plan goes far enough to produce a payback, pointing out that, “Kiosk space is not a substitute for a retail opportunity.” While Kimpson is focused on opportunities for African-American-owned, local businesses, he believes they could partner with outside firms to afford the up-fit costs.

Airport board member Andy Savage is all for Kimpson’s proposal but voiced his concern that the senator and Legislature did not appoint more minorities to the airport board. North Charleston Police Department spokesman Spencer Pryor is currently the only African-American on the airport board. The Legislature appoints more than half of the 11 Aviation Authority board members while the House and the Senate each appoint three members.

Board chairman Billy Swails said he would consider appointing a committee to look into Kimpson’s request and has also been urged by Charleston Mayor John Tecklenburg to start advertising the empty retail spaces now. They are located near the entrance to Concourse B and will hopefully bring in more income for the airport.