Jason Ward, president of Landmark Enterprises, said that his company has developed office, industrial and hotel projects across the Charleston area but has never tackled anything quite like this before.

The Old City Jail is quite possibly the creepiest looking building in all of Charleston, but it might just be the neatest. Not only are there ferns and weeds sprouting from the walls, there are chunks of missing stucco and exposed bricks where the masonry eroded away. It’s so eery, it’s awesome.

The three-story building has seen minimal repairs since it was decommissioned as a jail in 1939. Since then, the building has been used for storage, special events, classrooms and you bet, ghost tours. Bulldog Tours currently leads small groups of ghost-hunting thrill-seekers through the building by appointment.

Last year, Ward purchased the building from a corporation that had acquired it four months earlier from The American College of the Building Arts for $2 million. The college recently moved out of the basement of the old building and nestled into their new location on upper Meeting Street. 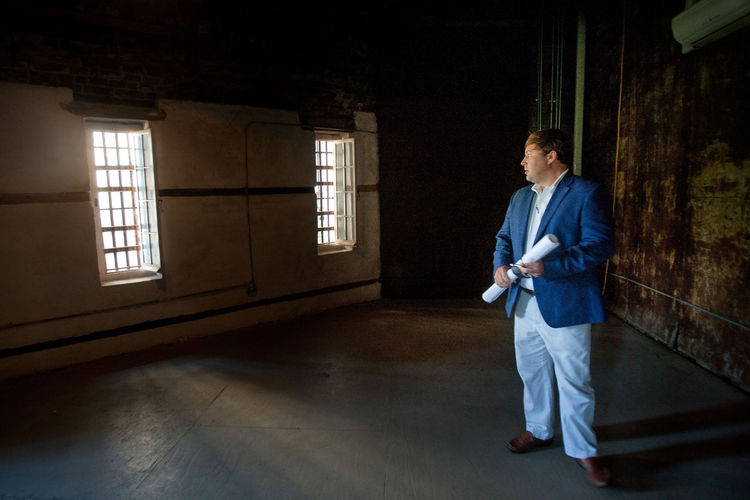 Next week, Ward will go before a city board to seek permission to move forward with his renovations. He plans to turn the building into modern offices, which will bring in a lot of interest considering the history and the story behind the building.

“I’ve never been here without multiple tourists walking though the yard taking pictures of the building,” Ward told the Post and Courier. “That, to me, proved the building was special.”

With an old building, however, comes its slew of problems and structural issues. After an earthquake damaged the building in 1886, the city repaired the floors with a mix of steel and concrete, which has now rusted and expanded.

When The College of the Building Arts moved in, they removed chunks of those floors and built four interior steel towers and anchored walls to them. While helpful, this work was only a temporary solution – a band-aid of sorts.

Ward said he plans to change the building as little as possible. The character of the building would be kept in-tact, as he says he appreciates it just how it is. 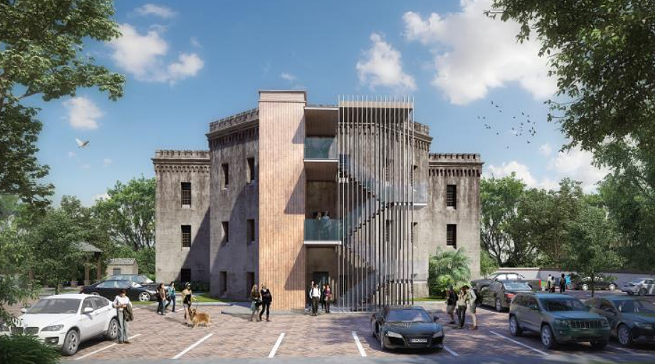 However, it is impossible to make changes to a historic Charleston landmark without getting people talking. Sean Pike, who grew fond of the building ever since he ran around it as a small child, created the Old City Jail Foundation and sent out a recent statement urging its preservation.

On the other hand you have City Planner Jacob Lindsey who said he has had plenty of good informative conversations about the planned work and is hopeful the project will be a positive one for Charleston.

“They’re taking the right steps to preserve the structure and the site,” he said. “They’re a responsible and serious owner that’s seeking to restore the building in keeping with national preservation standards.”

If his plans are approved, then Ward said he hopes construction would begin early next year and finish in 2019. We will just have to wait and see what the board of architectural review decides.