One of the best things about living in a coastal city like Charleston is the fresh seafood you can enjoy all year round. This time of year is perfect for eating oysters. There’s no shortage of seafood joints and raw bars in Charleston, so we’ve come up with some of our favorites for you to check out next time you feel the need for some bivalve mollusks in your life. Below, you’ll find six of the best places to eat oysters in Charleston. 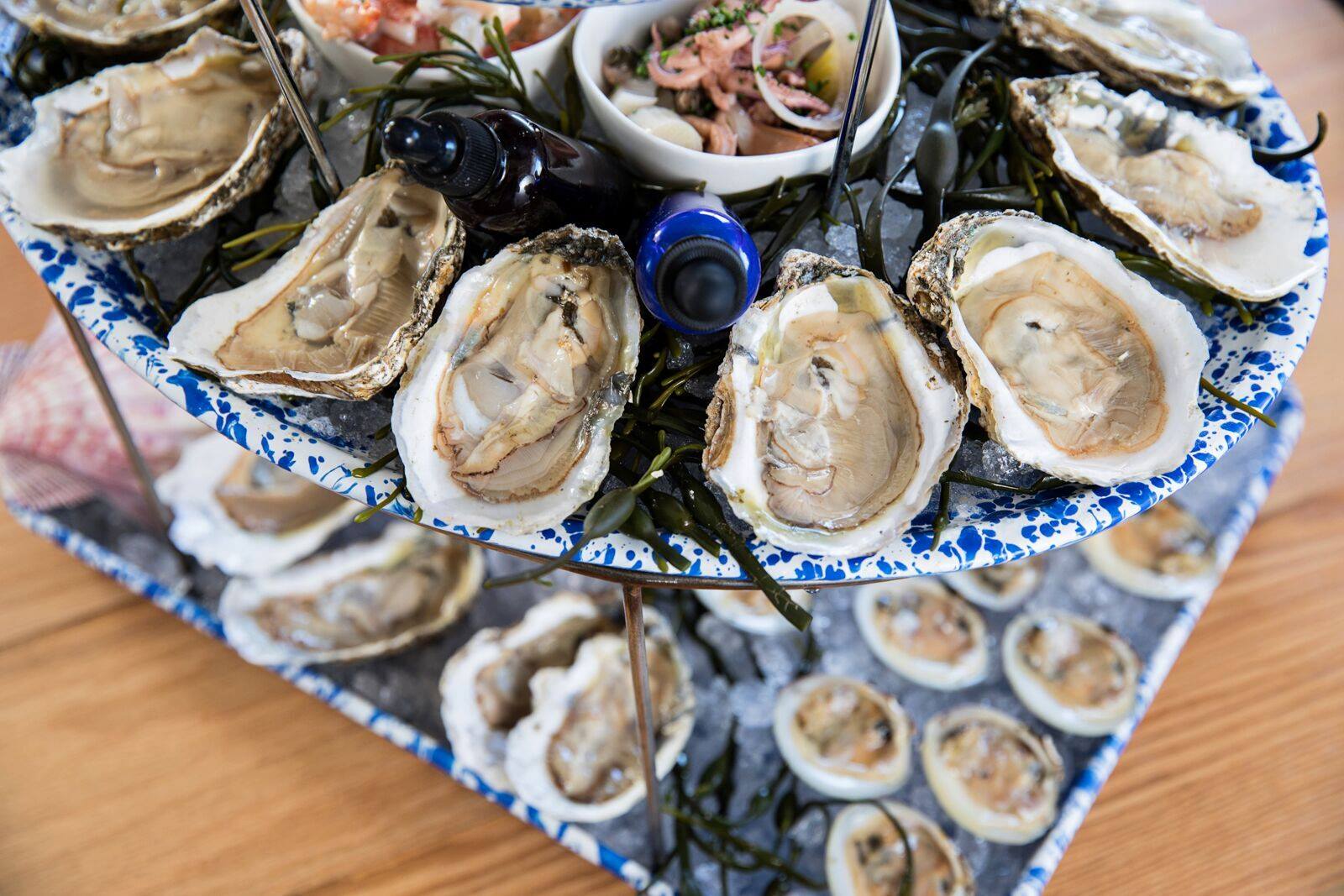 NICO is the new kid in town on this list, but the restaurant is already making its mark as one of the best places to eat oysters in Charleston. This Shem Creek spot is a French oyster bar, so it’s a little different than other seafood joints on the creek. They have a large variety of oysters from the East Coast to choose from. Get them raw on the half shell or baked. If you’re in the mood for a new oyster shot, then try the Scotch Oyster. You sip the oyster brine, pour the scotch over the oyster, eat it, rinse the shell with scotch and shoot it. 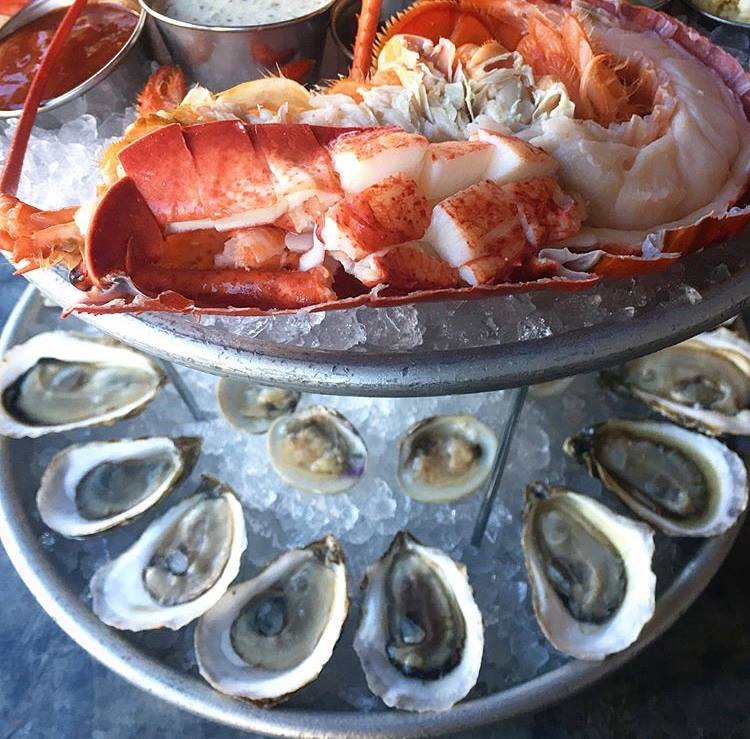 The Darling keeps popping up on our “best of” lists and for good reason. Between the location and the menu, it keeps us coming back. They don’t disappoint with their oyster offerings either. You can get them baked with butter & bread crumbs, Alabama white sauce & bacon, or pimento & sourdough soppers. They also have a variety of different oysters available individually, so you can try different kinds. 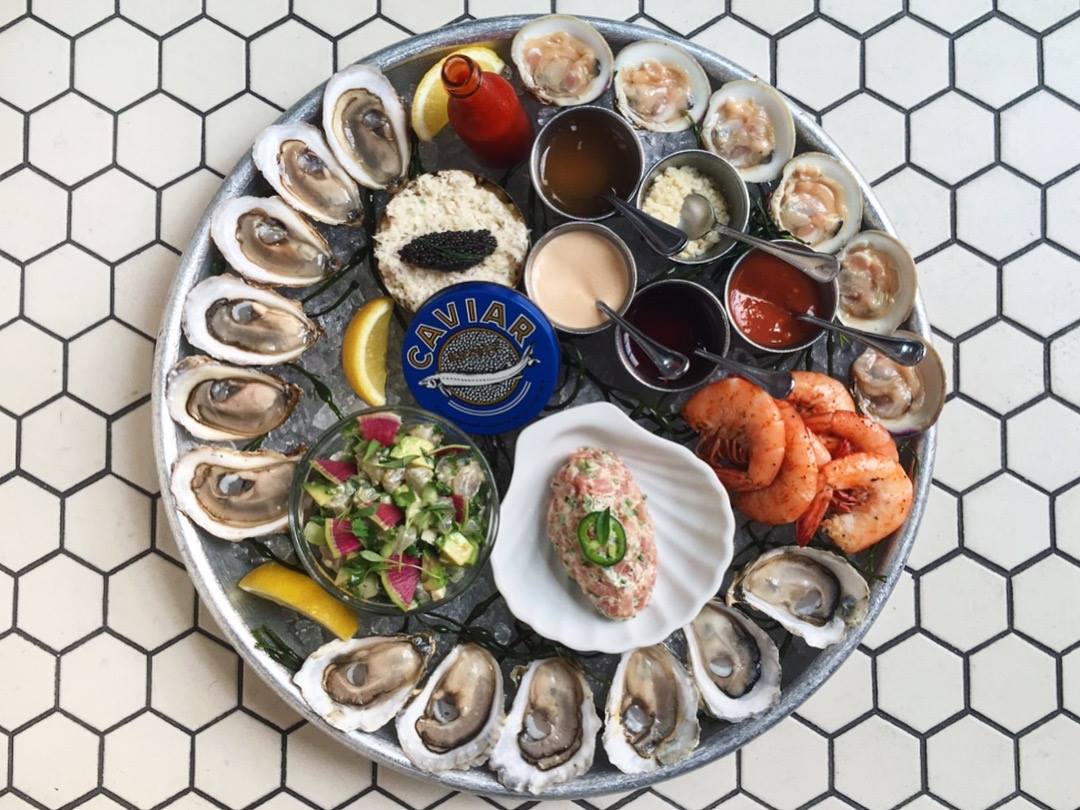 It’s been said before, but we’ll go ahead and say it again: the Ordinary is anything but ordinary when it comes to seafood. You can enjoy East Coast oysters on the half shell, Smoked VA Oysters, or Oyster Moscow. Or you can get them as part of one of their Shellfish Towers, which includes a variety of raw and cooked seafood. 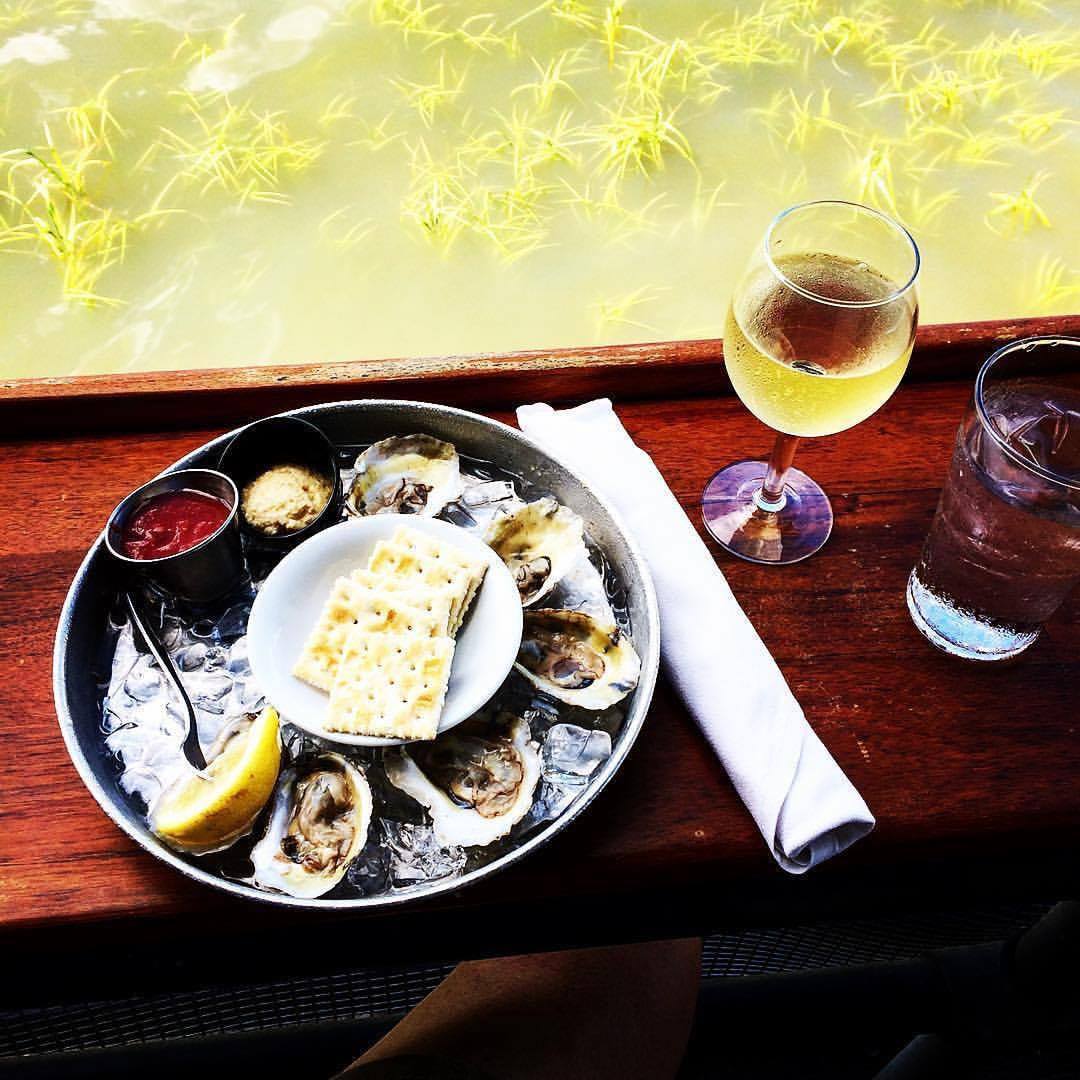 Ocean views and delicious oysters are hard to beat and Fleet Landing has them both. You can dine on them chilled on the half shell with house-made cocktail sauce, as part of a fried seafood platter, or fried with southern comfort barbecue sauce. Whichever way you go, your oyster craving will be satisfied. 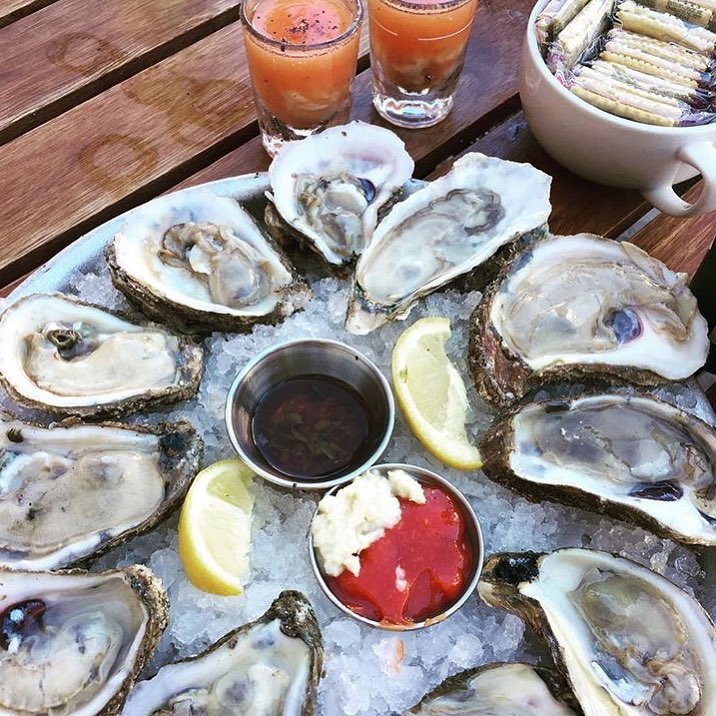 Pearlz is the perfect place to eat oysters in Charleston. Eat them raw by the dozen from the raw bar or get southern fried oysters with blue cheese, celery and buffalo sauce. Another way to get your oyster fix at Pearlz is the oyster shooter. Or for something hot try the Baked Oyster Rockefeller. 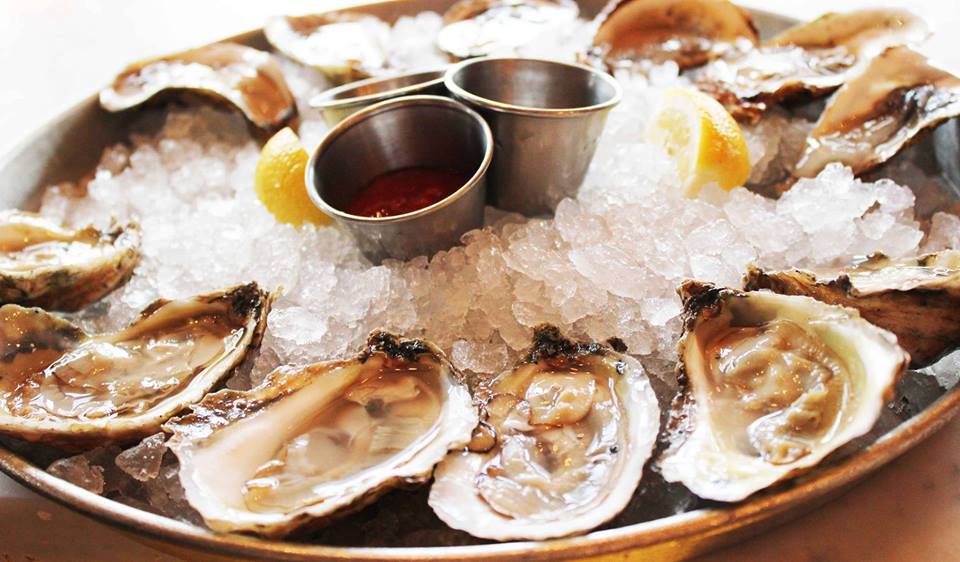 At Amen Street, you won’t be disappointed with their oyster offerings. Of course, they offer a bevy of varietals on the half shell by the half or full dozen, but they don’t stop there. Get them as part of a deliciously fried seafood platter, fried on their own, or baked.