Two years after the Mother Emanuel AME Church Shooting, local and national leaders came together just nine blocks from the church where nine people of color were gunned down, to tackle the the racial tensions not just in the Lowcountry, but also around the nation.

The recent open discussion, which was apart of The Charleston Forum, focused on racial issues including economics, education, policing and criminal justice. Charleston Police Chief Mullen, U.S. Senator Tim Scott, Congressman Jim Clyburn, Mother Emanuel AME Reverend Eric Manning and many more figureheads were in attendance. They gave different perspectives on these problems with the hopes of finding solutions. One of the forum topics was titled “The Future of the Past,” which focused on looking at history in order to move forward.

“We bounce back from tragedies when we have difficult things that happen people who are strong willed come together for good,” said State Senator Gerald Malloy. “So, the first story can be very sad but the second story can be very inspiring. What we can do is take a bad situation and turn it into something good and make certain it doesn’t happen again.” 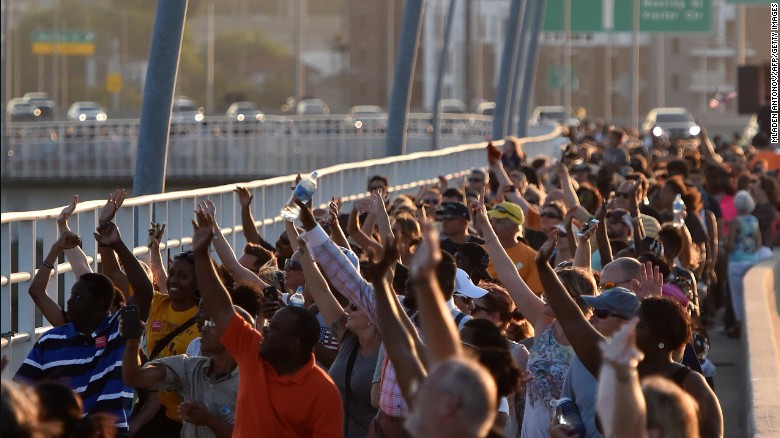 The Charleston community wants to do just that, reflect on the past, but also use it to grow stronger in the future.

“We do have a sometimes checkered and dark past that we don’t prefer to look at,” Katie Norris said. “We’d rather look at the pretty buildings and horse and buggy and let tourists have a good time. I think it’s important to acknowledge the past the way that it was so that we can move forward in honesty and truth.”

Even though this terrible tragedy has affected a lot of us in Charleston, everyone came together instead of tearing each other and the city apart. As a community, it made us stronger.

The next step is moving forward and progressing. Rev. Sharon Risher, whose mother died in the Emanuel Massacre, said we should always move forward. “Even out of tragedy there is a light of hope and while we have hope we can move forward,” Risher said.