Featured Image Credit: ABC Columbia Facebook
It could be a big pay day for individuals who played the SC Lottery on Christmas Day, 2017. Lottery officials say that a computer glitch caused everyone who played a holiday game for two hours that day to win, and the total payout could be more than $35 million. Early estimates put the number around $19.6 million but the number has since been updated to the $35 million figure.

The new figure was announced by the SC Education Lottery Commission at a special meeting Tuesday. The meeting was called to discuss the consequences of a programming error. The error was present in the Holiday Cash Add-A-Play game. The glitch caused players to see three matching Christmas trees printed on all their tickets, making them winners each time they played. 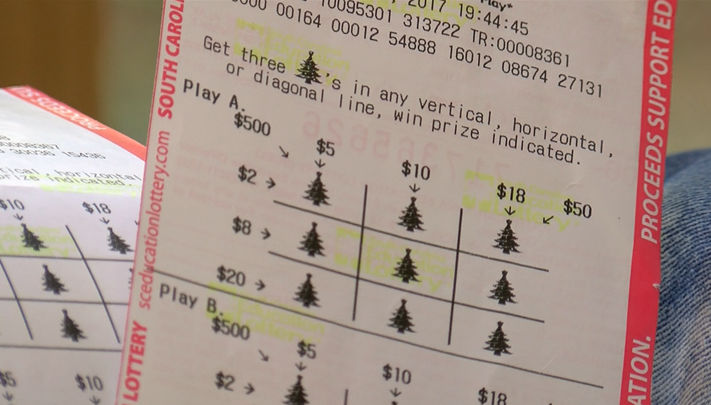 However, those folks who benefited from the mistake will have to hold onto their tickets and their horses. The SC Lottery Commission said they aren’t paying out until the cause of the glitch and exactly what happened. To get to the bottom of the mistake the board announced Tuesday that they are going to enlist Gaming Laboratories International, a New Jersey company, to look into “any and all aspects of the Holiday Cash Add-A-Play game and specifically what caused the game to function as it did on December 25th, 2017.”

Gaming Laboratories International has been testing lottery systems and acting as a certification laboratory for over 25 years. Intralot, the computer system the lottery uses, has agreed to the investigation. In a statement to WLTX-TV in Columbia, a lottery spokesperson said “It has been repeatedly relayed to Intralot that the South Carolina Education Lottery Board of Commissioners cannot make an informed decision without having a full understanding of what exactly happened to cause the repetitive winning holiday cash add-a-play tickets printed on December 25, 2017.”