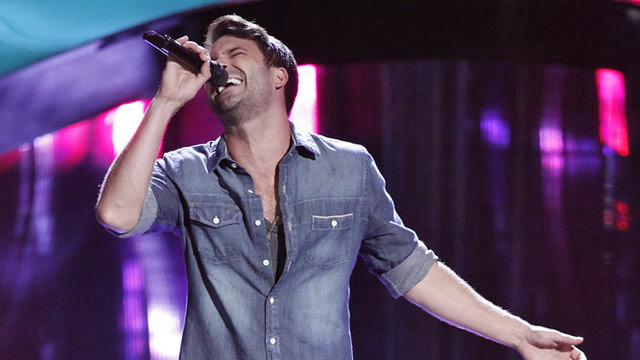 A Charleston native, Mitchell Lee, has made a spectacular appearance on ‘The Voice’. Three coaches turned their chairs around to have Mitchell appear in the next step — the Battle Rounds. This is where judges pair two singers together for a duet and choose the better of the two. His blind audition aired on September, 23rd.

“I’ve played a ton of shows on a ton of stages for a ton of people, but that was the scariest 90 seconds I’ve ever had — in the best way,”said Lee. Lee picked Blake Shelton as his coach because of his mention on the importance of song selection. Winners move on to the Live Shows, but Lee cannot say if he will be featured on them yet.

Mitchell Lee graduated in 2010 from the Citadel as an aspiring dentist. At the Citadel, he would sneak his guitar in and play for his friends. These same friends encouraged him to play at the old Wild Wing Cafe and this led to his sparked interest in a music career. His mother passed away unexpectedly before his graduation and he decided life is too short to not chase your dreams.

His journey hasn’t been a walk in the park. Lee received a gold ticket in his audition with “American Idol” in 2011, but was eliminated in Hollywood. Afterwards, he decided to move to Nashville in 2014 after winning over Charleston in venues such as the Music Farm and Charleston Music Hall.

He attributed some of his success to his alma matter.

“The Citadel showed me I could do things I didn’t think were possible when I didn’t have the option not to,” says Lee. “That carries over to a dream you’re chasing, like this where you’re making sacrifices but you’ve got to go for it and figure it out along the way. Everything starts with, one, having a dream and, two, having the courage to actually pursue it.”

Lee stuck with his South Carolina (& Charleston) roots by singing a Hootie and the Blowfish song, “Hold My Hand” in his audition. We’ll definitely be rooting for Lee in his career journey!