From Oregon to South Carolina, a historic total solar eclipse awed an entire nation as cities along the path of the eclipse fell into complete darkness for a brief moment on Monday, August 21.

Folks that were within the 70-mile wide path of totality captured the rare and striking celestial phenomenon on camera, as the moon moved between the sun and Earth and completely blocked the solar surface. For a couple of minutes, a dark shadow was cast on our planet.

As the sun re-emerged from behind the moon, it created an astonishing “diamond ring” effect. People from all over came to the Holy City to watch this rare and spectacular event. Here are some of the best moments captured from around Charleston of Monday’s total solar eclipse.

Pretty cloudy day but it was still cool! #eclipse2017

Photographing an eclipse was way over my head. But here is what I got at totality, not bad I guess. I’ll take it #pathoftotality #eclipse2017 #charlestoneclipse

Lexi + Terran • This wedding blew me away. Not only was it on the day of one of the craziest natural phenomenons I’ve ever seen, it was one of the 5 best wedding I’ve ever shot. I can really only think of one that even comes close to the sheer amount of epic portraits we got from this wedding. • I absolutely cannot wait to blown up everyone’s instagram feed in the next few days. • Massive shoutout to the team at @pinnaclecharleston for bringing this day to life and making it unbelievable! • • • • #eclipse #eclipse2017 #solareclipse #solareclipse2017 #charlestoneclipse #charleston #sony #a7rii #profoto #wedding #weddings #weddingday #weddingdress #weddingplanner #instawedding #engagement #travel #resourcemag #resourceweddings #engaged #weddingphotography #instagood #instalike #kiss #love #landscape #sunset #bride #charlestonwedding #charlestonweddingphotographer

THIS IS THE SOLAR ECLIPSE!!!!!! ? GET OUT THE WAY SUN!!! Great to see history in Greenville South Carolina. #SolarEclipse2017 #GreenvilleSC pic.twitter.com/PeIL8xZw0J

Day turns to night in Charleston for the total eclipse pic.twitter.com/hK6stbR3Z4

The moment it went dark during the #Eclipse #SolarEclipse #Charleston pic.twitter.com/LSsBgEfGTW

Our son @ColinShock got this eclipse pic with his iPhone in Charleston, SC. pic.twitter.com/LFzaW0tE7b 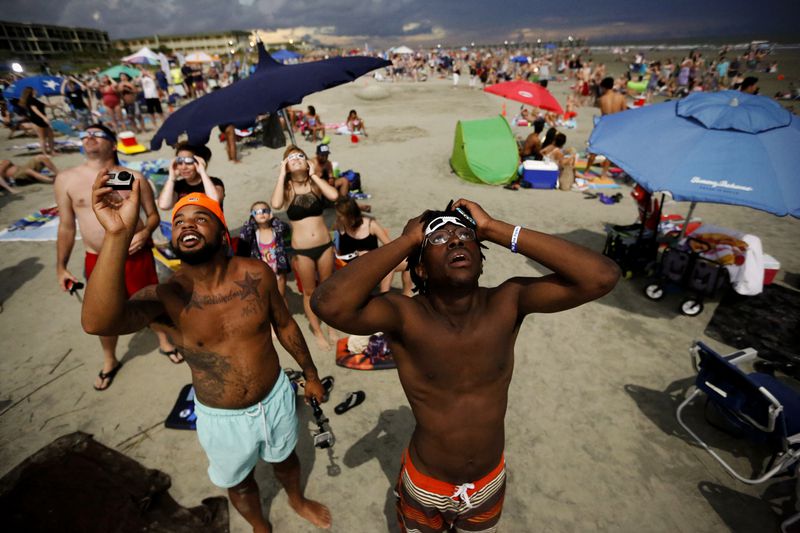 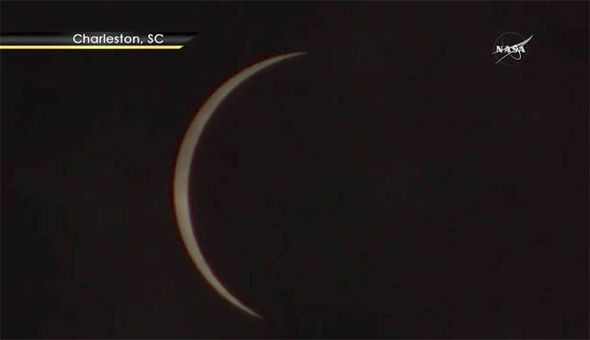 In case you were looking for the perfect time to be up to no good….?: @abbs0722 #eclipse2017 #keeplookingup #greatamericansolareclipse #charlestonsc #mtpleasantsfinest #totality #pathoftotality #charlestoneclipse #solareclipse2017

Obviously I’m a rare charlestonian that got to witness this once in a lifetime event. It was a cool experience! #charlestonsc #charlestoneclipse #isawit #andworked #wasnthappy #mydaystartedlikeshit #eclipse2017