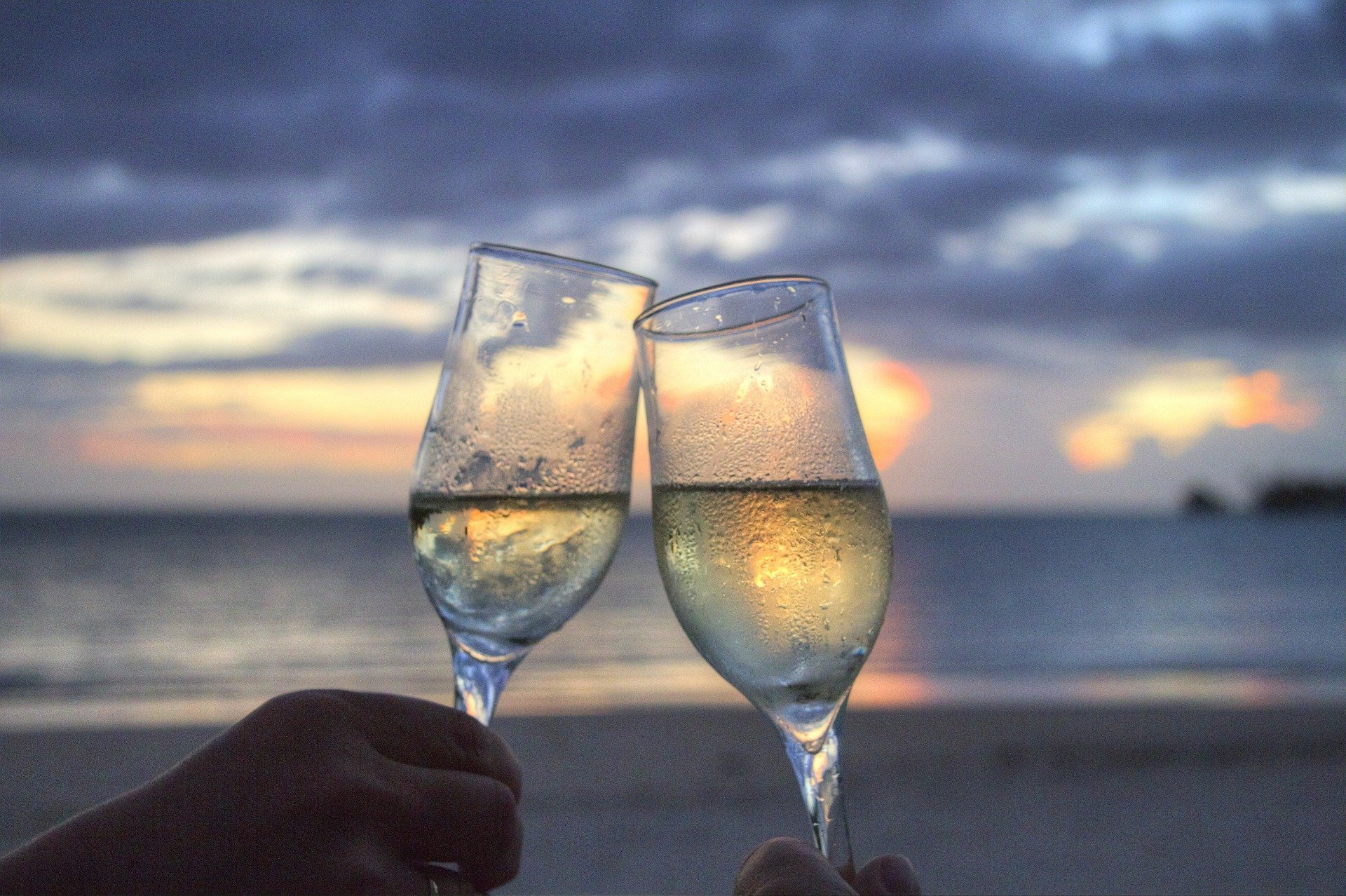 Whether you’re celebrating Valentine’s Day with yourself, your friends or a special someone, we’ve got you covered! Here are some ways you can celebrate this special holiday this year.

Kickoff Valentine’s Day weekend with a Sip & Paint event in Summerville. Bring a loved one, a friend or go solo to this fun and creative event. There will also be food and drinks provided – but be sure to reserve your spot soon before it sells out!

Galentine’s Day at The Observatory

Spend the day with your girls at Hotel Bennett’s Galentine’s Day event on February 13th. Test your Rom Com knowledge in a game of trivia while enjoying a complimentary glass of Rosé. There will also be specialty cocktails available for you and your girls to sip on. Tickets are only $30 so be sure to grab yours!

Get active this Valentine’s Day with the 2021 Cupid’s 12 Roses of Valentine’s Day Run Challenge. You can choose to walk or run the 12 miles anywhere you’d like (add an extra 1.1 miles to make it a half marathon). Register online in advance and submit your results to earn your medal.

Enjoy a romantic dinner at Wild Common, where you can dine in their stunning courtyard, dining room or Chef’s Table. Their five-course Valentine’s Day dinner is $105 per person and is sure to satisfy your palette. You can also include wine pairings with your meal. Reserve a table today while they are still available!

Whether you view Valentine’s Day as the most romantic day of the year, a made-up greeting card holiday, or the antithesis of everything happy in the world, today is still a reason to celebrate! Whether you’re celebrating love or choosing to just treat yo-self, we’ve rounded up the top V-Day activities the Holy City has to offer.

Take a walk on the wild side


(Because exercise gives you endorphins and endorphins make you happy.) If your Valentine is more of the adventurous sort, head over to Wild Blue Ropes Adventure Park. For just $50 per couple, you can tackle that big, bad ropes course. What better way to say “I love you” than with a heart-pumping ropes climb?

Dinner and a movie


If you’re that hopeless romantic, hop on down to the Terrace Theater for the second annual Valentine’s Date Night. Local jeweler Croghan’s Jewel Box teams up with the theater to show the cult classic, To Catch A Thief. Grab some popcorn, forget the roses, and impress your date with your classy taste for classic films.


Stupid Cupid. Maybe you don’t believe in the holiday or maybe you’re licking your wounds from a relationship gone bad. Whatever your reason for not feeling all mushy gushy, you’re not alone! Local bars The Brick and Charleston Beer Works are each holding anti-Valentine’s Day parties. With drink specials, speed dating, and even a pinata giveaway (no, really) these two bars will make sure you end the night on a high note.


Who doesn’t like enjoying a few drinks with their special someone? Frothy Beard is have a beer and cheesecake pairing. They’ll have 4 of their delcious beers available to pair with “fun flavored” cheesecakes. Not a fan of sweets? No worries, Edmund’s Oast Brewing and Bendy Brewski Yoga are hosting a yoga for beer lovers class.


We know, it’s hard to choose just one.

It’s that time of year again. That time when couples are loved-up and going out on dates and giving roses and chocolates. If you don’t have a sweetheart this Valentine’s Day, then all that might make you want to curl up in a ball and cry your single little heart out. But never fear, Charleston has great activities for people who aren’t coupled up. Below you’ll find some places to spend Valentine’s Day in Charleston if you’re single.

Every Wednesday night, Mellow Mushroom on King Street hosts Drag Queen Bingo, and this Valentine’s Day in Charleston is no exception. You don’t need a date to join Crystal Guysir as she calls out the numbers. What better way to forget your blues than playing bingo, eating pizza, and winning prizes?

On February 16th head to Bay Street Biergarten for their Bitterness Bash. It’s one great way to spend Valentine’s Day in Charleston if you’re single. Hosted by 95sx, the party features DJ Natty Heavy spinning non-love songs. Play the “Tinder Hearts” game and become the king or queen of the Bitterness Bash. Winners will go home with a prize pack from 95sx, Bay Street Biergarten, and Guilty Pleasures. 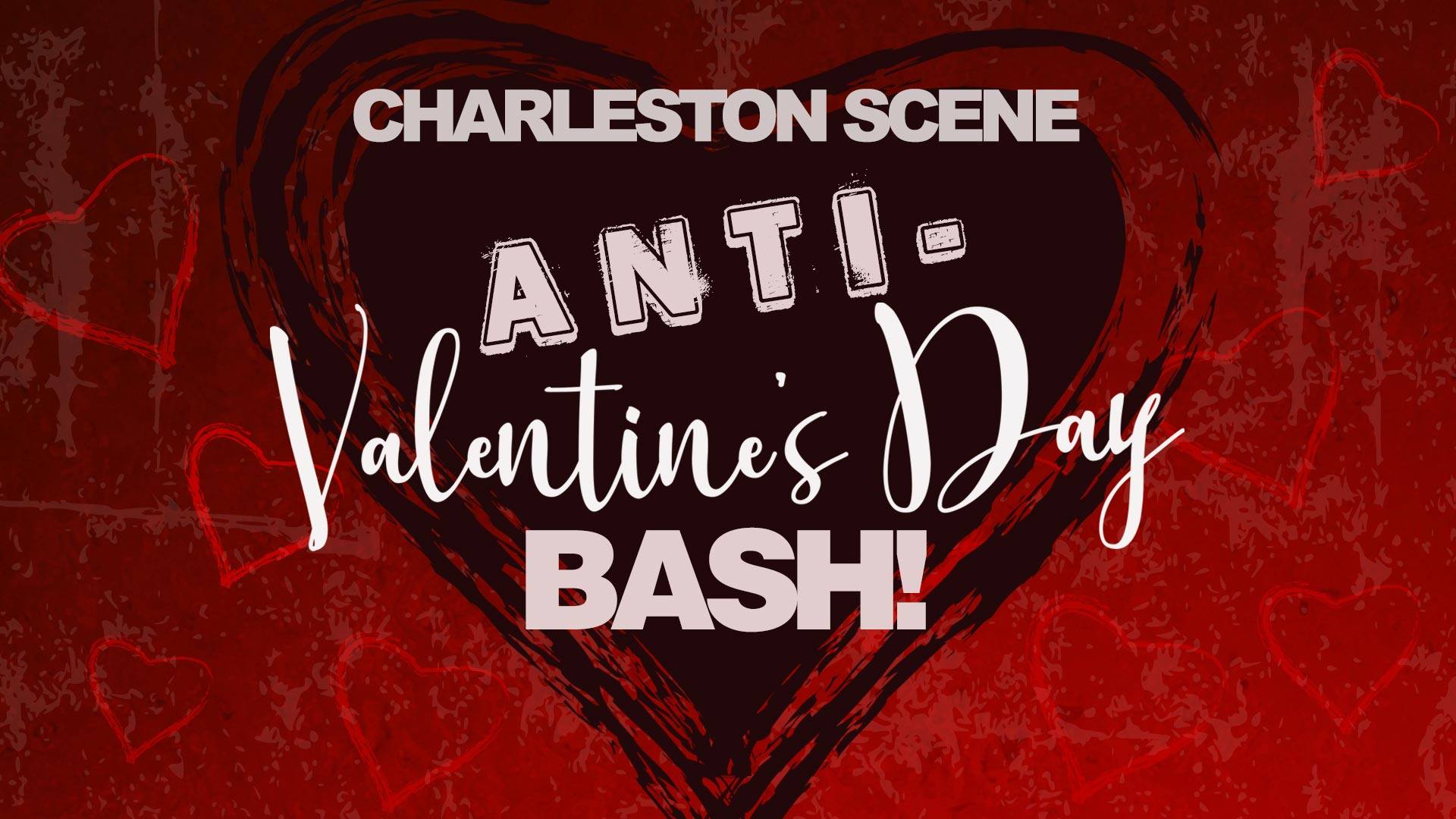 On February 10th, Charleston Scene will be hosting an Anti-Valentine’s Day Bash at The Royal American. The party starts at 8:00 pm and goes until 1:00 am. The party features all women-led local bands. The bands range from Americana to smooth R&B. Shem Creek Music will be selling albums from women musicians on the patio, Commonhouse Aleworks will be offering a tase of Commonhouse beers for the first time. And if you’re in the mood to shop, Frenchie Vintage will be on the patio selling awesome antiques.

Charleston Beer Works invites you to “forget all things lovey-dovey” and party with them all night at their Anti-Valentine’s Day Party. The party is on Valentine’s Day itself, February 14th and starts at 7:00 pm. Drink specials include Jim Beam Black (neat, on the rocks, or with ginger ale), EFFEN Vodka Mules with a choice of raspberry, cucumber or blood orange vodka, and Jim Beam White, a Beam and a beer. And their shot special is Jim Beam Kentucky Fire. If you’re searching for that special someone, speed dating will start at 8:00 pm. If you’re not into that, then you can jam out to live music from Rotie Salley and get some piñata giveaways.